Every day, 100 Americans are killed with guns. Forty-four percent of American adults report knowing someone who has been shot.

As a society, we have come to accept gun violence as commonplace and not something to take immediate action on. We hear about a new mass shooting on the television, on social media, on the radio or from a friend. We shake our heads in disbelief, ponder on how this is the norm in America, and then continue with our lives without missing a beat.

If we continue on this path, we will fail future generations who have to endure increasingly higher rates of gun violence and mass shootings. It is wrong and unjust not to act now because we, as the United States of America, have the capacity to take action.

It is already too late for victims who fell to the atrocious acts of gun violence, but it is not too late for those still living. I believe the majority of Americans deeply care about the gun violence issue, but I very much do understand there is no easy solution. It will take all levels of government working with the public to mitigate the number of gun-related incidents and ultimately mitigate the number of deaths and injuries from gun violence. This is a uniquely American issue, and it is thus up to America to stop this crisis.

Gun violence is a public health crisis. People are dying every day because of individuals making a choice to kill others with guns. As long as the possibility of hospitalizations and deaths at the hands of guns exists, it is my responsibility as a future physician and my colleagues to care for and treat victims of firearm injury and, most importantly, find solutions to prevent gun deaths. As a nation, we care more to diagnose and treat problems instead of conducting a root cause analysis for us to prevent acts of gun violence better.

We must urge the federal government to invest more than 2 percent of federal funds for gun violence prevention research. Without this research, we are simply guessing as to what can be an effective solution to this public health crisis. Solutions with little to no evidence-based data to support them are baseless. Without research, medical care providers will be unable to address this public health crisis. All physicians and nurses can do in the face of gun violence is to treat the wounded in overwhelmed emergency rooms and to pray and give condolences to the fallen.

Additionally, a 2011 Florida law threatened doctors who ask parents about firearms in the home that their medical licenses would be suspended. The federal appeals court overturned the law in the “Docs v. Glocks” case. Though, other states, including Minnesota, Missouri, and Montana also limit the doctor’s ability to address the issue of gun safety with patients. These “gag” laws are prohibitive, especially when physicians are taught to discuss other issues concerning patient safety from putting on your seatbelt to not smoking. A physician’s utmost priority is to protect the health of patients and the community, and this responsibility to patients should never be constrained.

Furthermore, solving public health problems by the creation of laws to prevent injury and death is not a novel solution in this country. For instance, we’ve passed manufacturing laws on airbags, car seats, and seatbelts that have drastically decreased the number of injuries and deaths from car crashes. This exact same logic needs to be applied to guns. We must pass common-sense gun laws that put the safety of American citizens at the forefront over gun lobby interests and gun manufacturers.

This is worth repeating, but gun violence takes 96 lives every day in this country. Thirty-six thousand innocent people die every year! It is the second leading cause of death for our children. Over 80 percent of child firearm suicides involved a gun belonging to a family member. Nothing has been done even after 26 were killed at Sandy Hook Elementary, 17 killed in Parkland, 33 killed at Virginia Tech, and 13 killed at Columbine.

Is “The Next Mass Shooting in America” an episodic show that we just expect to keep seeing? And we continue to be numb to this issue because we see it over and over again? As you read this, another mass shooting has already taken place in this country. This is unacceptable!

We are no longer the greatest country in the world when we collectively choose not to fight for our right to life. To fight for our freedom to go to any public place without fear of being gunned down is a fight worth taking as your own. It is our responsibility as America to talk about this crisis and try to end it — our lives matter. 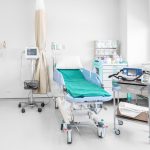 Doctors: Fight for your role as our physicians 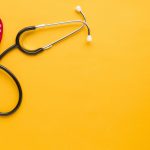