The tragic case of Alfie Evans has roiled Great Britain and the world. Alfie was a two-year-old child in the United Kingdom with an unknown degenerative brain disease who eventually deteriorated to the point that he required life support. His brain had become mostly liquid, and he could not see, speak, or hear. Alder Hey Hospital decided his condition was terminal and irreversible and wanted to stop further treatment. His parents disagreed and wanted to transfer care to another hospital in Italy that was willing to accept him. Alder Hey went to court arguing that it was better that the child be allowed to die because keeping him alive was cruel and harmful. They ultimately won, and Alfie Evans passed away. This has sparked a great outcry, particularly among the pro-life movement in the U.S. And, indeed, the idea that the state can literally declare that death is better than life for anyone should be horrifying to everyone.

But the decision to take Alfie off life support was a reasonable and ethical one — if it was justified as being fair to all patients. It is even a reasonable one for individual doctors to conclude that further treating a patient in front of them is harmful and not ethical? But when court decided it had the right to decide that the child should die rather than live, it became an abomination.

To explain: the NHS provides medical care for the population of the United Kingdom from cradle to grave. Like all health systems, it does not have infinite resources, but instead has chronic financial issues. Caring for Alfie Evans indefinitely with no hope of recovery would have cost the NHS millions that it does not have. How then to balance caring for Alfie Evans against the 50-year-old man who can’t work because of a hernia (cost of surgery to repair: $5000), or against the 75-year-old woman considering a fourth round of chemotherapy that may extend her life by one month (cost of drug: $200,000)? In the U.K., these decisions are made largely by the National Institute for Health and Clinical Excellence, or NICE, which uses the Quality Adjusted Life Year (QALY). Through surveys, a year with a certain condition is compared against a year in “perfect health”. In this manner, a year bedridden and sick from illness may have a utility value of .5. Thus, if a treatment would prolong someone’s life by two years, but leave them bedridden and sick, it may have a value of 1 QALY. And in 2010, the policy was this: treatments that cost less than 20,000 pounds per QALY were generally approved, treatments that cost more than 30,000 pounds per QALY were generally denied, and there was a grey area in between — but with many exceptions and other sources of funding.

In the 2008 election and 2010 health care debate, this was decried as rationing and death panels. But the U.S. had no ground to stand on — we have more rationing than in the U.K., just hidden. Our individual insurance policies had lifetime limits. Insurance through one’s employer meant expensive drugs and treatments were at the discretion of a usually for-profit corporation. Medicare had no similar strong controls — hence why it is heading straight for bankruptcy.

But in the U.K., this policy gave the government an ethical way to resolve the issue of Alfie Evans: further care for him would be unfair to the millions of other patients of the NHS, and, therefore, could not be justified. The QALYs gained would be too low, and the cost far too high to keep him on a ventilator in the ICU.

Is this rationale discriminatory against the poor? Yes, undoubtedly so. But the reality of a two-tier medical system is already here — the U.K. has a private medical system that the rich can access to get significantly faster hernia repairs and knee operations but not notably emergency surgeries. This is capitalism: we don’t restrict the rich from buying more books, sports lessons or toys for their children, even though it creates profound advantages for those children later in life.

But instead of saying this and allowing the child to go to Italy for care if paid for by private means, the NHS committed a grievous sin — it argued that the court had the right to decide that it is better for the child to die than live, justifying it on the same legal grounds used to take children away from abusive parents. This is state overreach and medical arrogance of the worst kind. It is just a small step away from a government claiming that a downs syndrome or otherwise disabled child (or adult) has a life that is not worth living. Those determinations may be acceptable for families who love them to make — families who see their loved ones suffer may well decide that the best course of action is to let them go, but it should never be a decision that a government should make.

To be clear, I support the right of a nation to decide where it’s health care dollars are best spent and decide that paying for further treatment for any one individual will take away from everyone else. I even support an individual doctor’s right to decide that any further treatment of the patient in front of them would be futile and harmful to that individual — in which case, they had a duty to transfer that patient to another doctor willing to take over care if available. But the last government that claimed the right to decide what lives are worth living ended up killing millions in death camps — and the mass killings started with the disabled and handicapped.

This case ultimately reveals negatives about both our countries. We in the U.S. need a frank national conversation about how to decide what price for a treatment is too much for too little benefit. And the precedent set by the United Kingdom’s courts — that it is OK for the state to decide that someone’s life is not worth living — is a very dangerous one that must be re-examined. 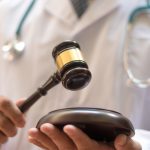 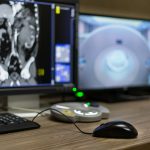