About 4 months after emergency medicine physician Jessica (a pseudonym used out of fear of retaliation from her employer) joined a Michigan hospital in 2014, the department’s staffing group was bought out by TeamHealth, a staffing firm backed by the private-equity behemoth Blackstone.

Ever since Emergency Medicine Specialists (EMS) — which touts itself as one of the oldest emergency physician groups in Michigan — was acquired by TeamHealth, “it’s been pretty much a disaster,” Jessica told MedPage Today.

Over the past 10 years, private equity firms like Blackstone and KKR — which acquired physician staffing group Envision Healthcare in 2018 — have racked up billions in revenue by investing in staffing companies like TeamHealth. Envision and TeamHealth alone account for 30 percent of the national outsourcing market of emergency specialists.

Emergency medicine isn’t the only target. There have been similar trends among other commonly outsourced specialties like radiology and anesthesiology. While the last decade has seen growing interest from private equity in hospital consolidation, nursing homes, and home health care services, there have also been buyouts of smaller, private practices in specialties like dermatology, ophthalmology, urology, and orthopedics.

As of 2019, for instance, nearly 200 dermatology practices were acquired by private equity-backed management groups, according to a study in JAMA Dermatology. Procedure-heavy practices that require expensive technology, like dermatology, are ripe for private equity buyouts.

Overall, current research shows that the estimated annual deal values for private equity-backed health care acquisitions jumped from about $42 billion in 2010 to almost $120 billion in 2019 — and it predicts that this rate will only accelerate in the years to come. In addition to KKR and Blackstone, other private equity firms that have made moves into health care include Apollo Global Management and The Carlyle Group.

Whether the private equity model is “good” for health care systems and practices, however, is hotly debated. Defenders of the strategy argue that private equity investment can fortify smaller practices and revive struggling health care businesses. Opponents argue that the model’s reliance on risk, debt, and its prioritization of short-term profits doesn’t fit into the health care landscape. Instead, it erodes the relationships between doctors and their patients, and, more importantly, leads to higher costs and a lower standard of care for patients.

For Jessica, the acquisition of EMS by TeamHealth (which was ultimately bought by Blackstone in 2016) has brought steady declines in the number of physicians on staff in the emergency department (ED), coupled with significant cuts to doctors’ compensation and resources.

Jessica and a group of her colleagues started to have secret meetings at off-site locations to discuss these issues, eventually bringing them to the attention of the hospital administration and TeamHealth’s leadership.

However, they felt their concerns were never adequately addressed.

Having enough physicians to oversee residents was always a problem in a certain area of the ED, Li said. However, he holds that the lack of meaningful supervision only worsened in the later years of his residency, with TeamHealth’s presence.

“We were largely making medical decisions and doing procedures on our own, and that’s probably not ideal from a medical supervision and training perspective,” Li told MedPage Today. “Now, it certainly does kick your butt and gets you ready for doing things on your own. You know, trial by fire.”

After the 2014 transition, Li said the hospital and TeamHealth, increasingly driven by metrics, became primarily concerned with patient satisfaction scores and the ED’s “left without being seen” (LWBS) numbers.

In order to bypass reporting high numbers of people who left the ED without being seen, resources and priorities shifted, Li said. Physician assistants (PAs) were told to conduct medical screening exams for patients waiting to see a doctor, and, although many patients may still have had to wait hours after this initial exam to be seen by a doctor, records will show that the patient was seen immediately.

“It’s another rubber stamp,” Li said. “They saw them really quick to triage and sometimes just to decompress the department.”

This can be helpful, he admitted, when a patient comes to the ER for something like a sinus infection.

Jessica and Rafael, another emergency medicine doctor in the same ED who agreed to speak to MedPage Today under the promise of anonymity, attested to the long hours that many patients in their ED have to wait to be seen by a physician due to staffing issues. The practices that Li saw during his residency have continued, they said.

When asked about these physicians’ concerns, a TeamHealth spokesperson told MedPage Today in an email that the company “regularly adjusts staffing levels to reflect patient needs in the facilities we serve, maintaining the levels above anticipated patient numbers. Our clinicians do heroic work for their patients, and we are committed to supporting them with the resources they need to provide high-quality care every day.”

When it comes to private equity investment in health care and consolidation, there seems to be a difference of opinion that falls somewhat along generational lines. Whether it’s staffing firms or small specialty practices, there is a trend toward later-career doctors — who may be hoping to retire in the next couple of years — selling or partnering with a management firm.

“The bottom line is there’s going to be higher turnover on the retirement side and not enough new blood coming in,” he said.

A study from March 2020 showed that of 602 early-career radiologists who were surveyed, 86 percent believed that corporate entities harm radiology as a specialty, and 83 percent preferred to join independent private practices. An overwhelming majority also reported being generally concerned that their practices or future practices will be bought by a firm.

This distrust may be partly due to the number of reports that have emerged in the last several years, exposing the frequency of unnecessary-but-profitable procedures in fields like dermatology.

Still, groups managed by private equity firms draw early-career physicians in with large base-salary offers and sign-on bonuses. To doctors coming out of years of training, who are potentially sitting on hundreds of thousands of dollars in debt, these contracts are enticing.

“They’re very attractive deals, but I’ve spoken to physicians who think that, if you scratch a little bit below the surface, it’s not that attractive,” said Atul Gupta, PhD, an assistant professor of health care economics at the Wharton School of the University of Pennsylvania.

Konda added that during the COVID-19 pandemic, a number of private equity-run dermatology groups didn’t honor their contracts at all. Some asked their employed physicians to “sign contract addendums which lowered their salaries for a period of time.”

Doctors working for private equity-funded groups who speak out against the practices of their employers put themselves at risk of being terminated without a thorough investigation, sources said. In March 2020, Ming Lin, MD, an emergency physician employed by TeamHealth, was immediately fired for using social media to air his grievances with COVID protocols at the hospital where he worked.

“Emergency physicians can be fired on short notice without a chance to contest the claims,” because staffing firms risk losing their contracts if they upset the hospital’s administration, he said.

Organizing a physician group, Jessica said, is key in taking any action against a giant like TeamHealth. But convincing doctors to join her coalition presented its own challenges, she said.

“Doctors are pretty risk-averse people,” she said. “To actually get everybody into an organization and speaking as one voice — it took us over a year to do that.”

Now, however, there are nearly 50 doctors from Jessica’s hospital system working to stand up against TeamHealth.

“We actually said ‘no, this is all of us,'” she said. “We’re representing an entire group.”

Yet it remains to be seen whether those voices will be heard as private equity firms continue to set their sights on health care assets. 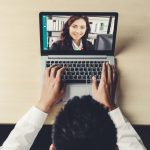 Carry on, my weary one: Persevering in the aftermath [PODCAST] 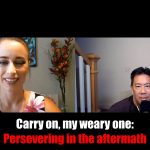