It’s rare for medical students nowadays to go through training without knowing someone who uses prescription stimulants to study. The ever-popular Adderall and Concerta seem to be omnipresent on college campuses and medical schools, while prescriptions for these medications are suspiciously less common. In environments where success and self-worth are often based on academic achievement, the temptation to succumb to using these pills is high.

The temptation is even higher as these drugs have become widely available. While students previously borrowed prescription pills from friends and tried to trick their doctors by reading out DSM criteria for ADHD, there has been an explosion of availability on the Internet, including black market sites that use difficult-to-track digital currency like Bitcoins. Untraceable and discreet, students can order as many as they please.

It’s a dirty secret that few people talk about, yet researchers at the Yale Child Study Center found that one-in-five U.S. medical students had used prescription stimulants. This finding has been replicated at a number of allopathic and osteopathic medical schools, with nearly identical results. International studies from France to Iran have shown a similar prevalence among medical students. Reasons for non-medical prescription stimulant use ranged from staying awake on the wards, to studying for exams. The United States Medical Licensing Examinations (USMLE) are particularly stressful for U.S. medical students, and online medical student forums are filled with discussions around stimulant use to prepare for these tests. Many students take the pills on test day — dissolving them under their tongues before they walk into the carefully monitored testing site.

Students believe that using prescription stimulants will give them a leg up: improving their test scores, making them more astute, and setting them up for better careers. But is this true? New research published in next month’s Journal of the American Academy of Child & Adolescent Psychiatry shows that illicit prescription stimulant use may actually make you less successful.

The study followed over 8,000 U.S. high school students from adolescence into adulthood and found that those who used non-prescription stimulants were less likely to obtain a college degree and significantly more likely to develop a substance use disorder in adulthood. Notably, this did not hold true for those with ADHD who used their medications appropriately. Those with ADHD who took their medications appropriately had educational attainment and substance use disorder rates on par with the general population. However, those with ADHD who used their medications inappropriately (inhalation, increasing doses without medical supervision, mixing with other substances) were found to be at risk of lower academic achievement and high rates of substance use disorders. As a message to high school students preparing for college admissions – non-prescription stimulant use appears to put you at a disadvantage. Similarly for medical students, prescription stimulant use was shown to have no improvement on test scores. Furthermore, the medications put users at a risk of emotional lability and aggressive behavior,

So before students go in search of borrowing a friend’s Adderall or purchasing Ritalin online, they should be aware that they may be doing themselves a disservice. Not only does the research show that your test scores won’t improve, you may be putting yourself at a higher risk of academic underachievement and potentially career-ending substance use disorders. 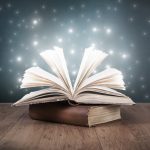 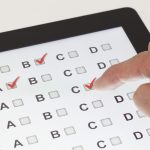