Imagine while driving into work, you drive through a green light. When you look to the right, you see a car barreling through the intersection, and then everything goes black. You vaguely remember being taken into the emergency room of a prestigious hospital nearby. In the ED, you hear a doctor’s voice yelling at nurses to give you medications, and then everything goes black. You wake up in a hospital bed. As you open your eyes, there is someone in a white coat standing over you. The person says, “You’re going to be just fine. I’m your surgeon.”

I gave this scenario to a few close friends in New England and asked them what they saw. Was the person a man? Was the person white? If they had to guess — was the person straight, gay, or other? This last question got weird looks. But interestingly, even in liberal New England, most saw a white male surgeon. If pressed, they guessed he was probably straight.

I don’t think they saw this because they’re prejudiced. I think they pictured this because it’s what we tend to see in the hospital. If you were to walk through the surgery department at Yale School of Medicine where I am a medical student, you would primarily find white men. Walk outside of the surgery department into the emergency room, and you’ll hear patients throwing around assumptions. Female doctors are without fail called nurses. Black men and women are often assumed to be medical assistants. But why is this? How is it that even at a place with the best intentions like Yale, this stereotype pervades?

A series of research studies published over the past several months showed that medical culture holds pervasive elements that perpetuate these stereotypes.

A group from Yale School of Medicine published a manuscript this month in the Journal of the American Medical Association looking at membership in the national honor society Alpha Omega Alpha  (AOA), the Phi Beta Kappa of medicine. They found that, after correcting for medical board scores, research productivity, community service, and leadership activity, that white medical students were six times more likely to be granted membership than black students. This has ongoing consequences for medical students, as competitive residency training programs filter applicants by AOA membership, preferentially interviewing those with membership.

Another group last year looked at what happened to LGBT medical students applying for residency. The researchers created a measure of specialty prestige, based on how competitive each specialty is and the mean pay for that specialty. They found a linear relationship between specialty prestige and whether LGBT students went into that specialty. The more prestigious a specialty, the less likely an LGBT student was to join. While a gay or lesbian medical student may become a pediatrician or psychiatrist, he or she is unlikely to become an orthopedic surgeon or neurosurgeon.

In yet another manuscript published last week, researchers found that women were invited to speak at grand rounds only 28.3 percent of the time. These events are held by each department, typically weekly, and an esteemed physician is invited to speak to the doctors in that specialty. Those who speak at these events are typically considered to be role models for training physicians. The authors speculate that this lack of female grand rounds speakers may lead female physicians to think prestigious academic medicine is not for them. While 46 percent of resident physicians are women, 85 percent of department chairs are men.

So if you pictured a white male at your bedside and presumed him to be heterosexual, it may not be because you are prejudiced. It may be because medicine is. Hopefully, this new research will open the eyes of our profession to make things better. 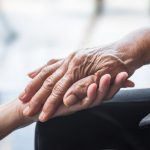 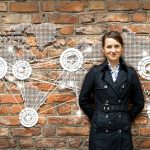