President Trump could not have sent a clearer message to Muslim children around the world. In the eyes of our nation’s elected leader, these kids are not wanted in the United States.

Trump’s immigration policies have been focused on keeping “radical Islamic terrorists” out of the United States, but research in child psychiatry suggests that his rhetoric and policies have the potential to backfire, creating a hotbed for terrorists both at home and abroad. What’s even more frightening — these new terrorists may very well be children.

According to a report from the Combating Terrorism Center at West Point, The Islamic State has been mobilizing child soldiers at an ever-increasing rate. Sadly, these children have become executioners in firing squads and beheadings. They have detonated car bombs. They have ended countless lives as foot soldiers. Last December, The Islamic State released a video of children dressed in military uniforms chasing prisoners with handguns. One prisoner is shot point-blank. When another jumps off a roof to escape the children, they fire shots into his dead body.

These children do not just come from Muslim-majority nations. Islamic State rhetoric has reached the Western World, including Europe and the United States. Two schools for child soldiers in Raqqa, Syria are specifically designated for English-speaking youth.

At the last meeting of The American Academy of Child & Adolescent Psychiatry, child psychiatrist Dr. Marie-Rose Moro shared data from her clinic for radicalized youth in Paris. Parents bring their children to Dr. Moro when they are concerned that the children are preparing to join terrorist organizations. Some of these children have already purchased plane tickets to leave the country and join ISIS.

All children long to feel accepted and loved. They want to develop an identity in a society that affirms them and accepts them for who they are. When they aren’t accepted in their communities, they look for different groups that can provide that acceptance. With an easy Internet search, marginalized Muslim children can find that missing support. The Islamic State’s online recruitment is sitting there waiting to make these vulnerable children feel welcomed, cared for, like they truly belong.

This raises questions for all of us in the United States — citizens as well as clinicians and policy-makers. How do our Muslim children feel when the president says, “We don’t want them here?” What will they do when he bans Muslims from entering the country? Will they feel supported by the United States, or will they start searching for a community that will give them the caring encouragement that’s missing for them here? Our next questions — where will their new community send them to attack, and how will they be armed? Is our nation ready to start fighting its own children? 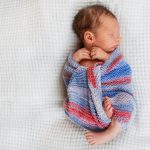 Mindfulness is the key to physician burnout 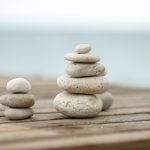 How President Trump may be radicalizing Muslim children
7 comments