He was referred to me by a colleague with a large geriatric practice for evaluation and treatment for HIV. He was 76 years old and lived in an assisted living facility. He was, however, very independent and only required limited assistance. When asked what he expected from the visit he responded that he had been sent to me by his PCP. Review of his records suggested that in addition to HIV and hypertension which was well controlled he also had some kidney disease. After reviewing his labs from his PCP, I informed him that his kidneys were OK, not great but for a 76-year-old gentleman, his degree of kidney disease was not too concerning. He did mention that he had been on medications for HIV for a few years, but this stopped about five years ago for some reason he did not remember. Review of his records also suggested he had advance directives signed and he did not want to be or resuscitated should he have a cardiac arrest. To put things in simple language, this 76-year-old gentleman had clear written instructions that stipulated: Should his heart stop beating or even go into an abnormal rhythm that could lead to his death, he would like to be allowed to die without any interference from health care professionals.

Overall, I was impressed with the foresight of the 76-year-old man. I, however, had to come back to the reason for his visit. He had been sent to me because he had HIV, my colleague could competently take care of all his other medical issues. During the visit, I asked my patient what he wanted me to do with respect to HIV, and he was noncommittal. He mentioned that he had been off his medications for five years and was doing fine without any problems. To this, I informed him that his most recent CD4 count (which was a good marker of the health of his immune system) was about 260 suggesting that he was very close to developing AIDS if he was not restarted on ART. To cut a long story short after much discussion I managed to start him on a ART regimen. Over time, he became my oldest living HIV patient, and he did well clinically for several years. After I had left the practice, he was inherited by a colleague. About six months ago, almost six years after our first meeting, I met his PCP who informed me that he had passed away at the ripe old age of 83.

Today in the United States, HIV is now a disease not only of the young but is also affecting our senior citizens. In 2014, 17 percent of all new HIV diagnosis was among those aged 50 years and above and more than 1 in 4 of all individuals living with HIV today are above age 50 yrs. But controlling HIV transmission in the aging population comes with its challenges, one of these being our natural bashfulness in discussing sexuality especially when dealing with individuals older than ourselves. Most of our seniors are experiencing both widowhood and divorce and are beginning to date and develop new relationships. Health care professionals need to be more attuned to the day to day needs of their patients to provide them with the health care that is appropriate for them. Opportunities to screen appropriately for sexually transmitted diseases in our older populations will be missed if we assume they are too old for sex.

The market abounds with different types of sexual enhancement preparations including the FDA approved ones, so assuming older individuals are not sexually active is just not facing reality. Our bashfulness and lack of comfort with discussing sexuality with our older patients is not based on fact. Older patients are the most comfortable and forthcoming when discussing their sex lives or lack thereof. All providers, especially primary care providers, must include an appropriate sexual history in their evaluation. From my experience, sexually active older individuals have better overall health and a good sexual history may provide us with a better idea the cardiac health of our patients. We may learn a lot more from a good sexual history than we would get from ordering a pharmacologic stress test from some of our patients. So once again, I say let us talk to our older patients about their sex lives. 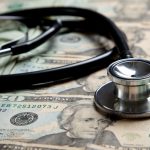 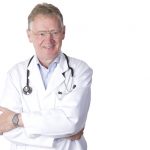