“You have to work twice as hard to get half as far.”

As a black woman, this sentiment has haunted me for my entire life. Minority individuals are consistently forced to go above and beyond to prove themselves, regardless of the setting. Unfortunately, medical education is no different. Black and Hispanic students, often referred to as underrepresented minority (URM) students, consistently face racial bias, which places them at a disadvantage to their white counterparts, a fact that has been ignored and unaddressed for too long.

Underrepresented minority students are faced with racial bias in their clinical education and the way their performance is assessed. During clerkships, physicians provide students with an evaluation, which includes a grade and a narrative description of their performance in a clinical setting. Researchers at the University of Washington and the University of Miami, have shown that when other factors are controlled for, URM students consistently receive lower grades and worse evaluations during required clerkships. When variables such as board and clerkship exam scores, parental education level, age, and gender no longer played a role, white students were significantly more likely to be given the highest rating on their clerkships than URM students. Black and Hispanic students made up only 3% of the individuals receiving such a rating. Additionally, minority students were unlikely to receive a higher grade than their white counterparts. Clerkship evaluations are one of the most important criteria used to assess students for admission to residency programs. This bias against minority students puts them at a disadvantage and could impact the trajectory of their careers.

There has also been evidence that black and Hispanic students are treated worse than white students during their clerkships. A 2020 study was completed using the graduation questionnaire administered by the Association of American Medical Colleges (AAMC). In this questionnaire, graduating medical students provided information about their experience in medical school. The results showed that during clerkships, 7.3% of the responding URM students were denied opportunities on the basis of race, when compared to 1.5% of white students. Additionally, 18.9% of URM students were subjected to racially or ethnically offensive remarks or names, while 2.5% of white students were treated similarly. Furthermore, 9.6% of URMs reported receiving lower grades on the basis of race, while only 0.7% of their white counterparts reported similar mistreatment. According to the results of this survey, URM women faced the most racial and ethnic discrimination of any group. Personally, being faced with these statistics is not surprising, but confirms what I have already known to be true. Underrepresented minority medical students do not receive the same opportunities, treatment, or quality of education as their white counterparts.

Minority students deserve better from their medical education. Time and time again, we are shown that administrators and faculty do not have our best interests at heart and do not adequately support or advocate for us. We are left to face discrimination and bias at every turn without any consideration for the negative impact that it will have on our careers, as well as our well-being. The subjectivity that plagues medical education allows the predominantly white faculty to make decisions about students, with the result often involving discrimination against black and Hispanic individuals.

One way to work towards combating this bias is to hire more black and Hispanic faculty members. According to the AAMC’s data from 2018, 63.9% of full-time medical school faculty are white, 19.2% are Asian, and a mere 3.6% are black, and 3.2% are Hispanic. How can medical schools expect to protect the best interests of black and Hispanic students when we aren’t represented by the faculty that evaluate us and make decisions about us on a daily basis? Medical schools should be working harder to attract more faculty and administrators that look like us and understand our unique perspectives and experiences. We deserve to have faculty that are willing to see the injustices committed against us and are unafraid to stand up against them.

Shenyece Ferguson is a medical student.

To my friends in the black community: I hope your children breathe 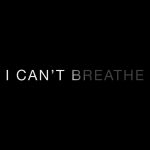