The USA trains its physicians differently from every other Western country I know. Everyone (with rare exceptions) who goes to medical school first must get a four-year undergraduate college degree in something. There are no such degrees in medicine, although the overwhelming majority of students going on to medical school major in one of the sciences, such as chemistry, biochemistry, and biology. If they don’t major in a science, they generally must take two years of chemistry (which typically includes organic and biochemistry), a year of biology, and a year each of physics and mathematics. Looking at that list of prerequisites it’s easy to see why most just major in a science. Such students are “pre-meds,” and some colleges actually offer a major in pre-med, something I think is a terrible idea because its not really a thing.

Many people recall from their college years the awful reputation, occasionally deserved, pre-meds have for being cutthroat competitors and generally uninteresting persons because they are so focused on getting into medical school above all else. It can be a difficult subculture to be in among college students. Can or should we do anything to change that? After all, a good share of the criticism leveled against unfeeling physicians with poor interpersonal skills has been linked to how we are trained. Would restructuring the premedical years in college help make us more rounded and empathetic humans? A recent editorial in Scientific American advocates changing things.

It’s a good question, although I should say the author to some extent conflates the Flexner Report with premedical education. That report is now over a century old, and was a survey of American medical schools. It documented how terrible the scientific training of medical students was at the time and led to a revolution in how medical education is done, demanding exposure to the sciences. But it applied to medical schools, not colleges. Still, I think it is time to think about how we teach future physicians at the first step, before they get to medical school.

I’m an anomaly. My training for a medical career was outside the mainstream. Although I took the various prerequisite courses for medical school, I didn’t major in a science. Far from that. I double majored in two very non-science things: history and religion. In spite of that, after medical school and residency, I spent half my time for twenty years doing research in the basic sciences of cellular and molecular biology. I knew very little about either when I entered medical school. The point to me is we learn what we need to know when we need to know it. I did that, and I know others who did, too. Cramming my college years with all that stuff would have denied me the opportunity to study other things which, as it turned out, have proved invaluable to my ability to practice medicine. The humanities matter, I think.

Of course, medical students need a minimum of grounding in science to even understand medical school. So we still need that, although I think we could shave off some of the physics and mathematics. You need some math to understand chemistry, for example. But calculus? Not really.

During the 1990s, I spent four rather discouraging years on a medical school admissions committee. People on the committee kept talking about how to find well-rounded, complete applicants. But they rarely voted for such students. It was all about their grades in science courses. Sometimes I would nearly shout that they should look at me. There I was, doing basic research, yet I started out from religion and history. And I’m not special; there are many like me who just aren’t given the chance.

I think if we are to change physician culture at all we need to look at the people we are putting into the pipeline. There is no evidence whatever that high grades in science courses predict success as a physician. They just don’t, and we should stop pretending they are markers for future medical excellence. From what I’ve seen, they may even predict poor performance as an empathetic doctor.

What went wrong with health care IT 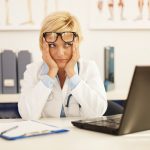 A false positive is precaution by another name 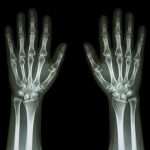