Though many say freedom of speech has never been more prevalent with the creation of social media, moral relativism and shaming have taken a toll. Evident today, cyberbullying in the name of justice polarizes attitudes while placing some opinions as martial law and others as bigotry. This polarization of America marginalizes majorities and attempts to silence them into submission. Concurrently, it diminishes the “moral” side’s own goal to gain support for their cause by such an aggressive and submissive nature. The intolerance to free speech has deleterious effects in all facets of education, none more important than in future physicians’ education.

My school of medicine class of 2022 has experienced such intolerances. In the light of the horrible acts against black Americans, people in our class admirably felt invigorated to do their part and petition for changes in our school. As future leaders of our communities, striving to help correct social injustices and improve holistic health is an honorable path for any medical student, as was the heart of this petition. As any effective petitioner may do, actions were taken to gain support. Unfortunately, sometimes people are impelled to rhetoric that diminishes or insults their audience.

Below are two examples of such rhetoric sent to our official class group messaging system that are detrimental to good causes, masked in the name of morality. These are examples of ineffective persuasion that ultimately hurt noble causes by polarizing or offending people. Example 1 was sent days after the petition had been formed and distributed. Unsatisfied with the number of signatures, this person felt the responsibility to persuade people to his cause by insulting the majority of the class that had yet to sign, stating that, “I’m going to be straight with you all … some of you are only in this for the money, and it’s showing right now.” If common sense plays any role in medicine, insulting your patient would not build rapport and convince them to speak openly, honestly, adhere to medication, and so forth. Nor does insulting your classmates build rapport to join your cause. This person may feel justified in their plight, but this is a poor technique if their true goal is to persuade.

Example 2 exemplifies a more subtle lost art in the polarization movement. Information about a round table discussion on race in medicine, a great opportunity to broaden those potentially less informed minds, was sent to our group with good marketing alongside. The message stated, “It’s a great time to discuss important topics and get face time with some surgery staff.” Hastily after, another student degrades anyone wanting to speak with surgeons for perceived less than noble causes, “Don’t go to promote your own agenda!” stating it “defeats the whole purpose of the series. Go because you believe in the initiative and want to evoke change.” This is a major flaw that plagues our schools and society, which diminishes free speech and open discussion. Imagine if you wanted to have an open discussion and inform patients on the importance of adherence to medical therapy, but the only patients that came had a 100 percent adherence rate. You would miss different perspectives. You would miss educating yourself on the perspectives of those that do not think the same as yourself. You would miss addressing these perspectives by educating those that think differently. As such, when you tell people that are less enthusiastic about racial disparities and more interested in meeting surgeons to stay home, you may miss the target population you seek to inform regardless of their reason for participating and perpetuate a self-reinforcing cycle of discussing similar ideas that all parties agree with.

This attitude of factual opinions and polarization of sides is antithetical to the latest educational approach of team-based learning and round table discussions seen in medical schools. Many schools have weekly small group sessions to foster discussion about diagnosis and treatment and moral and ethical dilemmas with the thematic goal of understanding that there are always different perspectives to the same picture. In essence, petitioning is a luxury people with less freedom do not have, and as such, respect for all opinions is paramount. Without this respect, opinions become self-regarded as fact, and the efficacy of conveying such opinions is lost. Open discussion becomes closed discussion, and education becomes dictation. Ultimately, many of those seeking to persuade are achieving a paradoxical effect against good causes.

Imagining a pandemic as a physician novelist [PODCAST] 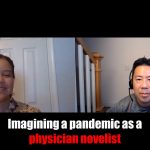 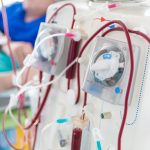 Polarizing medical students do not foster discussion and education
3 comments