The first time I cried as a doctor was in residency.

I was taking care of a patient who had terminal lung cancer. The first time I met him, his wife was at his bedside. The couple displayed such a positive outlook on life and seemed to have accepted the poor prognosis.

He was one of the first cancer patients I took care of. Being a cancer survivor myself, I felt a close connection to him and his family. We all knew he did not have much time, but were contending the realism with unrealistic hope.

One morning, I went to his room. His wife was by his side holding his hand. He was not very responsive, but a strange calmness surrounded him.

There was a laptop on the side table playing classical music, and the room was full of fresh flowers and happy family pictures. I asked the wife if she needed anything and she said she was hoping for a little more time.

I left the room and went on with my morning. Thirty minutes later, he passed.

After I pronounced his death, I came out of the room and conveyed my condolences to the wife.

She hugged me and said, “My best friend is gone. Even though I was preparing myself for this day for so long, I already feel lost without him.”

My eyes started to well up, and initially, I tried hard to fight back the tears.

I wondered if I was supposed to remain detached at that moment and not display any signs of weakness. I wondered if my emotions would make the situation worse. I wondered if doctors were even allowed to cry

Eventually, I lost the battle, and we hugged for one long minute and cried together.

I shared my struggle with my senior resident, and he advised that death and loss are part of medicine, and I will get used to it. That was almost six years ago, and I am still not used to it.

Last week, I had a terminal patient who had suffered a severe stroke. As I was making my morning rounds, the nurse warned me that the patient’s husband was difficult to deal with. When I walked into the room, he was sitting in a hospital chair with a stoic look on his face.

I started to discuss the details of her clinical course with him and explained that her prognosis was extremely poor. He didn’t say anything back and just shrugged. I told him to let me know if he needed anything, and when I started walking toward the door, he said, “62 years.”

I turned around and said, “Excuse me?” He answered, “We’ve been married for 62 years. She’s my rock.”

I walked back toward him, grabbed a chair, sat down next to him and said, “Tell me more. How did you two meet?”

His eyes lit up, that stoic stare transformed into a gentle smile, his weathered hand reached for hers, and he spent the next half hour reminiscing about their love and life together.

That night, I hugged my husband tight and told him how much I loved him.

The next day, the patient passed away. And yes, I cried when her husband cried.

For some reason, I felt the need to apologize for my tears as I’m still not sure if doctors are allowed to cry.

When I said sorry to him, he said, “Don’t be sorry, at this moment you feel like family.”

After I composed myself, I went next door and told my young patient, who was a mother of three children, that her biopsy was negative, and she did not have cancer.

Her oldest child hugged me with delight. This time, there were tears of joy and celebration, and the roller coaster of emotions continued.

5 tips for parenting a future surgeon 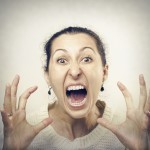 Death is part of medicine. I will never get used to it.
7 comments