Mamas don’t let your babies grow up to be surgeons.

As the mother of a soon-to-be fellowship-trained surgeon, I know what I’m talking about. Listen to me. Ignore Willie Nelson. You don’t want your babies to be doctors; you want them to be cowboys.

Yeah, yeah, I know, your daughter is a whiz at all things mathematical and/or spatial. And your son is a science prodigy. Their eye-hand coordination is legendary (and you know this because they are Lego gods!). They were born to be surgeons. In fact, you’ve probably given birth to the next surgeon general!

OK. I can see that your mind is made up.

So, reluctantly, let me offer the following five tips for raising a surgeon. Follow these tips and your child may survive medical school. (You realize, of course, that according to a May 2014 Association of American Medical Colleges report only 81 percent of medical students finish medical school in four years. But don’t worry, if your child drops out, he can join the “I failed medical school/we are medical school dropouts” Facebook community.)

Consistently apply these tips and your offspring may endure residency. (You do know that physicians have the highest suicide rate of any profession, right?)

Tip number one: Yell. A lot.

I’m not kidding. You have to yell. A lot. I don’t mean talk to your child in a stern voice. I mean, yell. Loudly. All the time. About everything. And while you’re yelling, jump up and down.

Why? Because your child needs to get used to it. How do you expect her to survive medical school and residency if she isn’t used to being yelled at by authority figures, most of whom are jumping up and down and turning red in the face?

Yes, it will seem a bit unkind at first but remember, you are raising a future surgeon. There are sacrifices that you must make. So, say, for example, your son ties his shoe, and one side of the bow is slightly larger than the other side, yell at him. And jump up and down. It’s the only way to prepare him emotionally for a medical education.

This second tip is non-negotiable.

If you really want to prepare your little one for medicine, you must be vigilant in dropping the “f” bomb. That way, your son will not be ruffled when he is called an f…ing idiot because he forgot to introduce himself to the patient who is bleeding out in the trauma bay. That way, when the emergency room doc asks him how such an f…ing idiot got into f…ing medical school, he will not be offending. After all, you, his adoring mother, have screeched the “f” word at him a million times (while jumping up and down). As his f…ing mother, you have done a great job! The “f” word doesn’t faze your future surgeon!

Medical training rests on the philosophy that the absence of criticism is positive feedback. That’s right. Nobody will praise your son for piecing that lady’s pelvis back together after she falls off her horse (even if he’s doing the surgery during the last hour of his thirty-two hour shift when he’s not eaten since yesterday at four in the morning when he dragged himself out of bed).

So, again, in practical terms that means, if your son makes the winning run for his little league team in the state championship game, you must walk away. Don’t praise him. Never praise him. If on the other hand, he falls on his face as he rounds third, you must run onto the field, jump up and down and call him an f…ing idiot. This is the only way to prepare him for medical school and residency and that, after all, is your goal, right?

Medical school and residency is boot camp, only with more blood and a lot more “f” bombs. Residents routinely work eighty hours a week. So, beginning no later than the transition from crib to toddler bed, slip into your daughter’s room at night and poke her awake. Do this at least once every half hour. And, as you are poking her awake, make a loud buzzing noise (simulating the future pager that will be surgically implanted on her hip). Then, once she’s awake, ask her annoying question, like can the patient in Room 112 have more pain medication or can the kid in Room 63 have a laxative. Then, once she hits middle school, teach her to stay awake for long periods of time while she stands under bright lights. And, if you really want to do your job as the mother of a future surgeon, have her bend her arms at ninety-degree angles and wear a piece of cloth over her nose and mouth. She will thank you one day when she hits her third-year trauma rotation.

That’s right: charge for chores. If your son mows the lawn, he owes you fifty bucks. If your daughter cleans her room, that’ll cost her twenty. Washing the dishes should be roughly five dollars a pop. Shoveling snow, maybe fifteen to twenty depending on the length of your sidewalk and the depth of the snow.

How will your kid pay for the privilege of doing chores? Are you kidding? There’s no way he or she can pay you! That’s the beauty of charging for chores. You see, most students accumulate at least two hundred thousand dollars in debt by the time they leave medical school. That debt is often cited as one of the contributing factors to the high rate of suicide among young doctors. But what’s a little medical school debt to a kid who still owes his parents four hundred thousand dollars for chores!

Secondly, charging for chores will make residency more palatable. Residents are poor. Divide their yearly salary by the number of hours they work and you’ll find that they make less than minimum wage. The kid working at Sonic earns a higher hourly wage than your daughter, the surgical resident. But hey, your daughter had to pay you twenty bucks to clean her toilet bowl! Saving lives for thirty-six hours straight and earning two dollars an hour! Sweet!

So, there you have it. Five tips for raising a future surgeon. Follow these simple steps and your little Einstein may survive medical school and residency.

Of course, I stand by the advice I offered at the beginning of this rant: Let your babies grow up to be cowboys. In fact, if in spite of all your best efforts you child says, “Mom, I don’t want to be a cowboy, I want to be a surgeon. I’m going to apply to medical school,” you should jump up and down and yell, “Over my f…ing dead body.”

But I suspect, in your zeal to see your son or daughter in a white coat and blue surgical scrubs, you’ll ignore my tips, allow your baby to study premed in college, and then throw him or her to the wolves.

The author is an anonymous parent of a surgeon.

How else can we improve our primary care system? 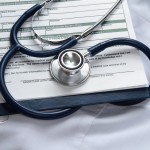 Death is part of medicine. I will never get used to it. 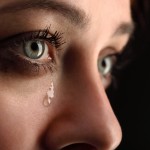