Back when I was a third-year medical student, I would sometimes bike to the hospital campus early enough to catch the groundskeepers cleaning the promenade in front of the medical school before the foot traffic arrived. Discovery Walk, as it’s called, is a beautiful promenade with stone murals commemorating the significant discoveries made at Stanford. It’s a beautiful scene, especially during sunrise or sunset, which many of my classmates have taken a liking to posting on Instagram.

Some of them have showcased almost their entire lives as a medical student on Instagram and have earned a few thousand followers, making them minor celebrities of sorts. It’s fun to scroll through those carefully tailored pages and reminisce — they’re highlight reels of our shared times over the past handful of years. There are photos of research conference presentations, selfies in surgical scrubs with shiny stethoscopes draped across their necks, a carefully choreographed display of textbooks and anatomy drawings scattered across a table.

Spend enough time on these social media feeds and you, too, would be ready to apply to medical school. Even the less glamorous photos — the ones accompanied by complaints about the long hours or sleep deprivation or bland hospital food — are glorified and gloss over the reality of the wards. The glitzy aspects of medicine usually portrayed on shows like Grey’s Anatomy have leaked from television onto cell phone screens.

One of my interviewers on the residency interview trail asked me if I would change anything in medical school. I told him that I’d reverse the whole experience and have students begin with the wards during first year and end with the textbooks and tests before graduation. And I don’t mean just gently immerse first-year medical students into a well-oiled, private clinic fully staffed with happy physician assistants and nurses but to throw them into the trenches of a busy hospital with overworked interns as orientation.

I’d have the first-years follow the surgery or the medicine intern taking call and get their hands dirty with the “scut” work of the hospital — the endless pile of tasks that keep the hospital running but are medically unrelated. They’d help answer the inconsolable pagers beeping constantly to order for more Tylenol or laxatives, examine the incontinent patient who keeps soiling herself and then change her dressings, write the discharge summaries (which sometimes end up being small novellas) for patients who will only return a few days later, and process the maze of paperwork of finding a new home for the patient who has nowhere to go because no one would take him. Then, I’d have them take a stab at typing up the dozens of daily patient notes on the computer, writing the same phrases — “the patient is stable” — over and over until the words lose their meaning.

Only then, when the students know what the inner workings of the hospital is like and know they can stomach them, would they begin to actually learn medicine. There’s an underbelly of this machine that never gets to see the spotlight of Instagram.

I finished my last residency interview mere hours ago before writing this piece, and suddenly the specter of intern year has somehow grown exponentially larger. Though I’m eager to shed my short white coat, I feel as unprepared as ever — a gaudy resume filled with research publications and passable board scores won’t help much next year. And if there’s one lesson that I have learned since starting medical school and could tell my younger self, it would be that learning medicine is the easy (and Instagram-glamorous) part. But actually doing medicine? It’s hard.

Is the physician financial independence community preaching to the choir? 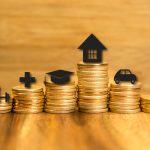 Why many doctors live paycheck to paycheck 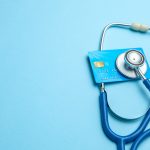