In academic medicine, promotion depends on the weight of our curricula vitae, measured primarily by the number of papers we publish in peer-reviewed journals. Physicians strive to jump through the hoops of publishing their work in “top” journals ranked by the “impact factor” (yearly average number of citations for a given journal). Yet the “impact factor” of these journals — even those considered most prestigious and most impactful — is summarily dwarfed by the impact of those we can reach with the use of social media and online platforms. Sites such as Facebook and Twitter receive thousands of posts per second, and these posts are accessible to billions of people worldwide. If we truly want our work as physicians to have an impact on the world around us, would this not be a better way of reaching patients and fellow health care providers than publishing in journals that reach only a handful of sub-sub-specialists (and only if their institution decides to pay for a subscription)?

Many physicians post on social media using both medical sites such as KevinMD, Doximity’s Op-Med and others as well as non-medicine specific sites, like the New York Times or the Atlantic. These op-eds, stories, and commentaries are heartfelt and meaningful pieces which may take just as much time and effort as accumulating a host of references from PubMed or listing the strengths, weaknesses and generalizability of ones’ research in a standard-format discussion section for a peer-reviewed paper (or entirely re-formatting said paper when rejected by the first journal and sending it on to a second). However, there is no spot on our CVs to list these online “non-peer reviewed” pieces of work. Not, at least, any spot that is reviewed or considered by promotions committees at most academic institutions.

This is certainly not to degrade the time and effort necessary to perform and write intelligibly about one’s research, but if we truly want to promote physicians academically because their work has made an impact on the world, why do we turn our noses up at the impact that “non-traditional” types of work such as personal writing and other “non-peer reviewed” work may have? A well-written commentary on the importance of vaccines, a personal and moving story of physician depression and its consequences or a discussion about the importance of social media as a networking tool for women physicians — among many others — seem, at least to me, to be as potentially impactful and meaningful as a well-written specific aim for a grant proposal or a thoughtful conclusion to a traditionally formatted research paper.

I propose that those in the ivory tower need to look out the window and see the incredible potential impact of social media/online platforms and that work in this area be considered and recognized as valuable, including in decisions about promotion. Not all physicians aspire to R01s, just as not all aspire to make their work accessible to the widest audience possible who may stand to benefit from the dissemination of their knowledge online. There is room in the world for both. As Dr. Bertrand Piccard says, “We are prisoners of our paradigms.” Academic medicine should break through the paradigm of finding value and impact only in a small sector of publications, and consider physician contributions to a variety of areas — including social media and online platforms — as valuable and worthy of promotion.

Ariela Marshall is a hematologist-oncologist and can be reached on Twitter @arielalmarshall.

How to pay for long-term care 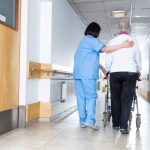 Lessons from the meeting of different value-based concepts 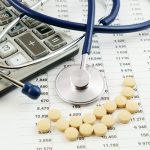