Many people use reviews to help decide how to choose products and services. However, it is not widely known that an online physician review may not reflect what we think it does.

I thought about sharing this information before — but now it is time.

Recently, a frustrated patient called my office to schedule an appointment.

She simply wanted a doctor who did not have awful online reviews.

This is truly a sad state of affairs. A fake or inaccurate online physician review can mislead the general public about the abilities of health care professionals.

Why would someone write a fake online physician review?

As social media has blossomed, there are increasing numbers of people writing about health care topics who have little-to-no education in the field. Consequently, more physicians have joined social media to share information based on science and experience.

But people get too emotional online! They are emboldened to act in ways they would never behave in real life. They no longer show respect to people who spent years to become educated in their fields. In fact, many people write fake physician reviews simply because they do not agree on hotly debated topics.

We do not live in a Utopian world where we only associate with people who are exactly like us. Learning to have respectful dialogue is beneficial to everyone.

Why can’t physicians defend themselves from these reviews?

For online reviews from actual patients, physicians are not allowed to defend our reputations because of federal regulations, called HIPAA. These laws limit how much we can share about our patients’ health care information.

If a patient makes a complaint that has a simple explanation, we cannot address it because we would violate HIPAA by acknowledging the medical issue exists. In fact, just saying someone is our patient is a violation!

Physicians have accepted that concerned or angry patients may leave bad online reviews. These situations are few and far between. However, the massive increase in fake reviews by non-patients has become absurd.

As you read online reviews, there are four common topics that lead to a fake physician review. The intent is pure and simple: to destroy a physician’s credibility because of a difference of opinion.

The anti-vaccination group of people aggressively targets physicians who advocate for vaccines. Because of this movement, the United States is facing a worsening crisis with the measles outbreak which already has the most cases reported since 1992.

A growing number of large anti-vax Facebook groups adopted the practice of coordinating attacks on physicians who recommend vaccines. These attacks happen every day.

As gun violence in the United States surges, physicians have become a growing voice calling for solutions to save innocent lives. In 2018, the National Rifle Association (NRA) took an aggressive stance as an attempt to silence physicians from speaking out on the issue.

It started with a condescending tweet telling physicians to stop talking about gun violence and to “stay in their lane.” There was an uproar by physicians who treat the injured and killed victims. In one voice, physicians declared: This is our lane!

Gun violence is a public health crisis, and physicians do what we always do. We seek solutions that can save lives. Within days of the NRA assault, physicians wrote blogs and appeared on numerous TV interviews to share experiences and explain our position. I even penned a post sharing how excellent health care occurs inside a physician’s lane.

Gun advocates retaliated with online attacks of physicians’ credibility. And many of these fake online reviews remain available for you to read. They may mislead you into thinking a physician is not an excellent practitioner.

Our country is harshly divided on the topic of a woman having the right to choose what health care decisions she needs to make. Normally, this is a privileged discussion between a woman and her physician. But a crisis is happening with increasing states passing laws that make the decision for women.

When physicians speak out on social media and their opinion differs from yours, it does not change their ability to perform their trained professional duties, which is what physicians need to be evaluated on.

Health care has dramatically changed over the past decade. Most people used to call their doctor’s office and make an appointment with a physician. This was the standard and the expected result. However, as the number of non-physician health care providers has increased, patients are confused about who is caring for them.

The term midlevel provider was initially used to describe health care providers who did not attend school to become physicians. However, since degrees at the masters and doctorate levels are earned, these providers prefer to be called advanced practice providers. I prefer to simply call them non-physician providers.

Initially, this group of health care providers was intended to assist physicians with the management of patients; however, there has been an increasing push to allow these providers to treat patients without any physician input or oversight. The debates have become heated, and nursing organizations are now aggressively promoting on social media that their practitioners are equal to physicians.

Many emergency rooms have non-physicians treating patients without oversight. One organization published a clear statement where they announced that all of their non-physician providers must have physician oversight.

This is not true at all hospitals and clinics; therefore, it is important that you always ask for the credentials of the person providing you care.

Many of these fake reviews are causing people to assume a physician has a poor reputation. Sadly, it is almost expected that a fake physician review will be found; therefore, blog posts now exist to teach physicians how to handle the problem.

Most online review sites will evaluate some of the reviews and possibly remove them. It has been recommended that physicians hire reputation management companies, but this can be expensive.

Please think twice (or three times) before you use an online physician review to judge a highly trained medical professional. I have shared tips on how to best use these reviews.

Deborah Burton is a pediatric otolaryngologist who blogs at Dr Momma Says.

A reflection of a physician's firsts 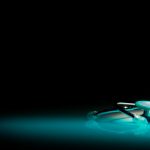 Off-label use of gabapentin and pregabalin for anxiety 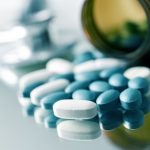 How online physician reviews can be fake news
1 comments