It was a busy yet mundane morning. I was returning to work after having a few days off. I commenced my day by perusing patient details while sipping on some coffee and reacclimating to the customary hospital cacophony. Some patients were critical, some ready to be released. It seemed like the usual assortment of diagnoses. Next, I reviewed my calendar and strategized an action plan for the day.

As I was exiting my office, I received a page from a nurse. When I called back, I was informed that one of my patients was pending a MRI of her brain but was refusing the study due to severe claustrophobia. Upon further review, I understood that the study was necessary to establish a diagnosis. I walked to the patient’s room and explained the reasoning behind the test and offered her an anxiolytic before the scan. She stared back with a stern look and said “I am not getting in that machine.” Despite her firm stand, I attempted further persuasion by offering an in-depth rationale behind the study. I even extended the spectrum of pre-testing medication options to include sedation but she continued to decline.

The next day, I struggled with her plan of care as I did not have a definitive answer for her symptoms. I needed more clarity. I discussed the case with some consultants, and they all recommended further imaging studies. I talked to the patient once again and explained all the disease processes I need to rule out and why the MRI was so important. She continued to refuse.

“You keep telling me that I need to get inside a closed, dark machine but if you knew what I have been through, you would stop,” she said.

That’s when it struck me. I talked. I explained. I educated. I reasoned. But I had forgotten one of the most important aspects of medicine. I had not taken the time to actually listen to my patient.

I grabbed a chair and sat down. I looked into her incredulous eyes and said “tell me what is going on. Why are you claustrophobic?”

She paused. Her silence was submerged in a sense of agony and suffering. She was then able to amass the endurance to confide in me. She told me about a traumatic incident that occurred during her childhood where she was confined in a closed, dark space for a long time. Her harrowing experience resulted in long-term psychological sequelae including severe claustrophobia.

I grabbed her hesitant hand while trying to contest a physician’s guilt. I told her that I understood her concerns and reassured her that I would formulate an alternate plan. With that consolation, her dismay dissolved and the fear in her eyes, faded.

As I was walking out of her room, she stopped me and said: “Doctor, let us give that MRI a try.”

My experience with this patient provoked an imperative introspective analysis. As a physician, I have always recognized the importance of listening to my patients. Some days, however, as I navigate through the convoluted web of hospital medicine while maneuvering around challenging hurdles, I can become robotic and forget to utilize one of the most fundamental skills of medicine.

The art of listening is crucial for achieving optimal patient care and can also be therapeutic. I would like to apologize to my patients for all the times I did not engage in active listening.

Henceforth, I promise to be the physician who listens and incorporates her patients’ thought process into her treatment plan rather than just declaring diagnoses and offering advice. I also urge other physicians to enlist in the same approach despite time constraints. Active listening should be a physician’s priority as it can alleviate burden and mitigate concerns.

Neha Sharma is a hospitalist. 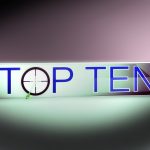 Doctoring or parenting? It shouldn't be a choice. 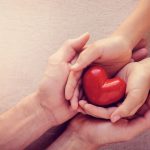