Scientific evidence pointed to an extremely poor prognosis. Numbers and statistics emphatically declared her imminent demise. My 33-year-old patient was not going to survive.

The physicians presented the data to the mother and recommended withdrawal of care, but she remained indecisive.

She struggled for two days with the possibility of her young daughter dying.

Her child was in the critical care unit in a vegetative state. It was a parent’s worst nightmare.

I took over the patient’s care on the third day. I reviewed the case and decided to discuss the poor prognosis with the mother once again. I walked into the room and found a distraught mother. She was sitting by her daughter’s side and exuded a pensive demeanor. Her strife was discernible.

I introduced myself as the doctor taking care of her daughter.

“I walked into the room and found a distraught mother. She was sitting by her daughter’s side and exuded a pensive demeanor. Her strife was discernible.”

She looked up, regained her composure and said, “I like your dress.” I found her comment rather odd but thanked her for the compliment and moved on to my discussion.

Once again, I presented the unfortunate facts and advised her about withdrawal of care. To everyone’s surprise, she readily agreed.

For some reason, her conflict suddenly turned into comfort. I knew that I had presented the same evidence as the other physicians and not much had changed. I asked her why she changed her mind. She said, “It’s because of your dress.”

I reacted with a perplexed look. She then explained that her daughter had recently bought the same dress and was going to wear it to church for Easter. When I walked into the room wearing the same exact green dress with a distinct floral print, the mother took it as a sign from above.

She found solace in my dress, and it gave her the strength she needed to make her decision. When science failed to convince a torn mother, faith prevailed.

“When science failed to convince a torn mother, faith prevailed.”

My patient took her last breath on Easter.

Before I delve any deeper, I must admit that I am not “religious,” although I do not consider myself atheist or agnostic either. If I had to put a label on my belief system, “spiritual” comes the closest.

I often contemplate the place of faith, religion, and superstition in the scientific world of medicine.

I am usually tempted to discount these concepts as incompatible with medicine. But when a prayer soothes a patient’s anxiety, faith heals a grieving parent, or when a lucky pendant succors a nervous patient before a procedure, I am compelled to re-evaluate my stand.

Physicians must treat patients with the utmost respect with regards to their spiritual beliefs. We should acknowledge our patients’ beliefs irrespective of our own convictions and opinions.
Evidence and statistics may be the driving core of medicine, but spirituality is also an integral element of holistic health and wellness.

My patients have taught me to engage in a relativistic approach when maneuvering around the concept of religion and faith in medicine. As sometimes, when evidence fails to prove, faith and belief may abound and help to overcome. 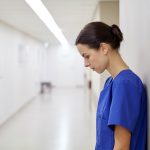 Health reform everybody could love 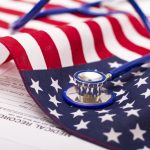