We, as a society, can’t ignore these numbers: over 47,000 human lives lost prematurely in one year from drug overdoses, a 7 percent spike over the previous year, with opioid painkillers and heroin driving much of this tragic surge. If this trend isn’t disturbing enough, four out of five new heroin abusers began their habit by abusing painkillers.

These numbers have faces. Caring for patients who abuse and overdose from opiates and other drugs are a growing constant in my practice. Meanwhile, pain is a common reason why patients come to the emergency department and alleviating their pain, or making it bearable, might require an opioid painkiller.

This sets up a tense interior dialogue whenever I’m considering an opioid. Am I treating pain or feeding an addiction, or maybe both? Am I fulfilling a moral gesture by providing comfort to someone in distress or contributing to the supply chain in the illicit pill economy, or perhaps both? For this patient, on what side of the firestorm would I find the burn from being wrong most bearable?

These are often unanswerable questions, and stumbling to a response often leaves me sick with feelings of anxiety and inadequacy.

Despite advances in the recognition and management of pain in the emergency department, the undertreatment of pain, and particularly chronic pain, continues to be problematic.

The opioid cloud casts a haze over emergency departments so dark that patients in pain might find their complaints greeted with suspicion. And that’s an uncomfortable emotional space to inhabit, both for doctors and patients.

If pain could be captured like a lightning bug in a glass jar, treatment might be less problematic. It gets complicated when it’s invisible and embedded in people; a subjective experience best understood by listening and interpreting the patient’s story of that experience.

How this story is interpreted, and the pain validated, can be inexplicably swayed by my impressions of the patient. Such character judgements — often flawed, biased and made in snapshots of time — twist my gut and burn through my white coat. Rarely are clinical decisions accompanied by such visceral reactions, registering more like a test of my character.

Elaine Scarry, in her seminal work The Body In Pain, distills the challenge facing emergency physicians down to its essence: “To have pain is have certainty, to listen to pain is to have doubt.”

Sometimes red flag behaviors raise obvious concerns. Or scrutiny of old records and a study of the state prescription monitoring database paint a picture of worrisome motives. Most of the time, however, I’m working with shadows, not bright colors, which is a critical problem when the only way to value and legitimize a patient’s pain is through his or her self-reports.

When investigating and contemplating each patient’s motivation takes more time and energy than assessing the nature of the pain or the underlying medical problem, the opioid epidemic has unroofed another troubling story — erosion of trust producing fissures in the doctor/patient relationship.

When skepticism gets the better of me, it corrupts reason to the point of embarrassment and shame. For example, while I’m otherwise grateful when a patient with chronic urinary tract infections suggests which antibiotics have previously worked best, judgment beams from my eyeballs when a patient with chronic pain offers up a particular narcotic suggestion. Even worse, my impression of one patient’s pain may be influenced by the degree to which he or she resembles more notorious pain patients I’d seen that shift. Or when I brace to see a possible ‘drug-seeker,’ a patient with back pain and a history of narcotic abuse, only to learn that he’s been in recovery, working a tough construction job, and seeking a referral because he needs a primary care provider.

In his book, The Culture of Pain, David Morris argues that modern medicine, with a Western, technocratic worldview, misrepresents pain as purely a medical problem, the creation of anatomy and physiology, and ignores the experience of pain as phenomena of the mind, shaped by historical, cultural, and psychosocial factors. To be in pain is to be in a state of crisis, says Morris, and I’d argue that pain treatment is embroiled in a crisis as well.

The public health conversation is taking important steps to prevent overdose deaths — call 911 early, have the antidote naloxone close at hand, provide treatment avenues for addiction. Our emergency department, like so many other ERs, have developed pain protocols that standardize practice patterns to both reduce narcotic misuse and abuse and improve coordination of care with primary care providers.

On a national level, the American College of Emergency Physicians (ACEP), set forth guidelines to assist physicians on the frontlines of this crisis. A recent national study reveals that ERs are following recommendations to limit opioid prescriptions to only 3 to 5 days.

These measures are important and necessary responses to a tragic problem, but we can’t forget the critical medical and moral stakes for all patients in pain. If the path to legitimizing pain is to believe the patient, then doubts about the pain sheds doubt on the patient. Believe the patient, I risk the shame of being duped by an addict, and perhaps the wrath of the addict’s doctors and family who are trying to curtail drug-seeking behavior. Provide substandard treatment and I risk the shame of failing the patient who comes to the emergency department in pain and goes home in pain.

The overdose numbers are harrowing and cause for alarm, and non-narcotic alternatives and non-medication therapies should always be explored. But the toughest pill to swallow might be this one: the acknowledgment that doctors and patients can be distrusting of each other, subject to bias and emotions, and that non-judgmental reason and candor, though difficult, is necessary to foster honest communication and trusting relationships.

We need to demand technology that lets doctors be doctors 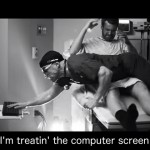 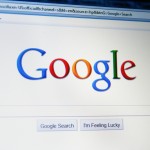