It was Saturday evening, and Audrey G lay awkwardly on an emergency department stretcher in search of a comfortable position. She suffered from chronic hip pain, the unfortunate and unexpected effect of pelvic surgery. But her real chief complaint involved her drug-abusing husband, who that morning stole her recently filled bottle of oxycodone, an opioid pain medicine. Her story included the surgeon who doubted her pain and a year of failed therapies. Now only oxycodone touched the pain, or so she said, fighting back tears. The on-call physician didn’t know her and said to go to the ER.

Any decision that involves prescribing an opioid asks that I pivot in a space mined with judgment and peril. Studies show that four of five new heroin abusers began their habit by abusing painkillers, and opioid painkillers and heroin have a heavy hand in the 47,000 lives lost prematurely in a single year from drug overdoses.

To be an emergency physician requires, first and foremost, being a skilled story listener. Before I can fashion a response or formulate a plan, I must first understand the patient’s story. This isn’t earth-shattering news. Humans, a group that includes both physicians and patients, have been using stories for thousands of years to communicate, connect and forge relationships.

However, when the Centers for Disease Control and Prevention recently published opioid prescribing guidelines to stave off the tragic march of addiction, overdose and death, they didn’t address the critical forces at play in my clinical practice — the power and seduction of stories and their capacity to influence behavior. Their well-reasoned recommendations ignored opioid prescribing as a narrative problem.

When pain is a subjective experience best appreciated and understood through the patient’s story, my emotional connection to the story is often a factor in my response.

The physicians and nurses involved in the care of Audrey G were emotionally moved by her story. How could we not? Audrey G wasn’t simply a patient in pain, she was a petite woman who endured powerful antagonists with quiet dignity. Substance-abusing husband, hints of domestic violence, chronic pain the result of a mysterious surgical event. She didn’t blame the surgeon. All she asked for was recognition that the pain wasn’t in her head, and at this moment, to be spared of pain.

What to make of the stolen pills?

Every emergency physician has been duped by a patient claiming stolen pills or the lost script. Red flags that raise the suspicion for “doctor shopping” include allergies to non-narcotics, a requesting a narcotic by name, a history of multiple visits for the same complaint or documented substance abuse problems, and a weekend presentation to the ED.

Over years of clinical practice, these red flags aren’t intellectualized, they’re felt in my bones. Even so, when Audrey G asked for Dilaudid, a strong narcotic, especially when given intravenously, concern for addiction or abuse didn’t register like it often does with other patients.

I wasn’t in a position to judge her because I was too busy participating in her story. A good story has a way of dodging or beguiling analytical thought.

In her book The Confidence Game,  Anna Konnikova delves into the sneaky ways story can work its charms. This occurs without our knowledge, and sometimes against our better judgment. Once invested emotionally in a story, the listener becomes drawn in, and whether the story is believable matters less. In fact, the more extreme the story, the greater is its capacity to enthrall the listener or reader.

Audrey G’s story was extreme for sure, but in emergency medicine, every time you pull back the curtain, introduce yourself and ask “how can I help you, today,” there’s a fair chance the response will be a story throbbing with life.

Unfortunately, data and scientific evidence, even those as devastating as the opioid statistics mentioned earlier, serve as a poor antidote to story. Data must earn its validity, methods must pass scrutiny. Even then it might not feel true.

False or inconsistent notes matter less when folded into an emotionally engaging story. Scientific research lifts the curtain on this narrative-neural wizardry. Research using brain fMRI reveal how a coupling develops between the teller of a story and its listeners, whose brains respond to a story as if experiencing it firsthand. A dramatic story may also influence behavior by stimulating the release of the neurochemical oxytocin, which has ties to mother-infant bonding, generosity, and trustworthiness. The very empathy that physicians are often accused of lacking may serve as a point of vulnerability for the stories patients tell us.

Which may explain the deep hurt that cut through us when Audrey G’s old records revealed a distant history of drug abuse. It didn’t matter that combing through state prescription monitoring program failed to uncover past red flag behaviors. Once doubt entered, we were thinking about her story and no longer participating in her story.

Pain is the most common complaint that drives people to the emergency department. Objective, expert guidelines are an important step towards responsible opioid prescribing habits, but to apply them appropriately we cannot forget that the road to understanding pain and our responses to it are paved with stories. Story-education belongs alongside other formal steps as the opioid crisis forces physicians, patients and families onto unstable ground.

Strangely, oxycodone wasn’t my focus when caring for Audrey G. Her pain severity — whether it was 5 out of 10 or 10 out of 10 — bore little influence, either. It was the context of her pain, the story in which her pain was embedded. A story of hardship, where people dismissed her suffering, or put their own selfish needs first.

Was I duped? Was Audrey G an addict? Was she in cahoots with her husband? I cannot say. I only know that her story possessed enough truth, at that moment, to move me emotionally to relieve her pain — a prescription for ten pills, enough to hold her through the weekend. It moved me to shape a different story, hopefully, a better one. But I don’t know.

It's time for academic medicine to embrace direct primary care 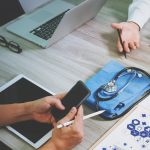 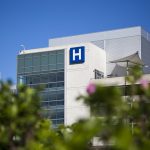