A face feels nothing like a frozen pig’s foot, I thought, as I guided a curved needle into the woman’s cheek, drawing the absorbable thread across her still-bleeding wound. Two wraps around the needle driver and I pulled the nearly invisible thread through, bringing the edges of her skin back together, securing my first knot.

“Hey, have you ever sutured?” the ER doctor had asked, just minutes before.

“Only in class,” I replied, thinking back to the stitches we learned on thawing pig’s feet. I had also practiced that morning on a little plastic pad that had clean cuts of fake, rubbery skin.

“You can close up that woman’s laceration,” she hollered, already walking away to gather supplies.

The doctor stopped in her tracks and I immediately regretted expressing hesitation. I’m here to learn, I reminded myself, I have to take whatever opportunities I’m given.

I stifled my own question with another eager round of “great!” and “thank you!” and trailed after the physician.

On hour four of my procedure shift, I had grown comfortable lurking in her shadow. I was in the ER to practice new skills – placing IVs and catheters, doing EKGs, and suturing – but I was enjoying observing too. For the first time, I was able to follow a doctor’s thought process. As the physician talked with patients and examined them, I tried to predict the diagnoses on her unspoken differential, and I watched as she collected evidence to help narrow down the possibilities.

We gathered the materials: a suturing kit, lidocaine shots, needles, and sterile gloves – one set in her size and another in my own. The doctor grabbed a small rolling metal table and unfolded the equipment on top of a sterile blue pad. I pushed the cart into the patient’s bay and, with an imaginary knock, pulled back the curtain.

The patient was around the same age as my mother. For a moment, I imagined my mom in her place. I wondered if my mom, who carefully tends to her face with lotions and makeup, would be okay with a medical student stitching her up. I shook away the thought and turned back to the patient. Her arm was bandaged, her leg raised, and her cheek puffed out just below the eye – an open wound at the center of a swollen target.

“We’re going to cover your face and give you some numbing medicine now,” the doctor said as she laid down a white cloth with one small hole, covering everything save for the wound. Both eyes hidden beneath the cloth, the patient nearly disappeared. I moved the light to shine directly on her laceration as the doctor injected the numbing lidocaine. She threw the first stitch, and then silently gestured for me to put on my gloves.

I stepped in to the narrow space between the patient’s bed and the curtain. Picking up the tweezers in my left hand, I steadied the needle in my right and dug its point a few centimeters into the torn skin. “Good,” the doctor mumbled, looking over my shoulder, “keep going.”

Medical students are so lucky that some patients permit us to learn on them. We can suture as many pig’s feet as possible, but at some point, we need to start working on people. Some patients let us while others rightfully refuse.

While placing IVs earlier that night, I was turned away by a handful of patients. “If you don’t mind, sweetheart, I would prefer that the nurse do my IV,” one man said. After placing the IV, the nurse approached me and told me that, instead of asking for permission, I should instead say, “I’m the medical student here to place your IV.”

“No need to make it sound like a choice,” the nurse had said.

But it is, I thought, as I carefully stitched up the woman’s wound – creating a scar that would forever live on her face. 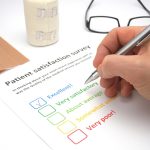 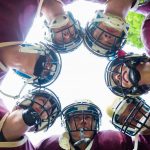