I’m a physician, a husband and dad, a guy who tries to live by the golden rule. But sometimes I’m an escort into sadness and despair, plunging families into the darkest emotional depths with the news I must give.

One particular case from years prior stands out. Mary (whose name and identifying details have been altered) would have been starting college in a few weeks. Instead, the car in which she was a passenger collided with a truck. My emergency department team couldn’t resuscitate her. Right after we called the time of death, a nurse gasped. With a shaking hand, she pointed to Mary’s cell, which we had removed from her jeans when we cut off her clothes. “Where are you!!” the text message said. It was from Dad.

Later on, as I sit in the windowless family room packed with a chair, two small couches, and space enough for knees, telling Mary’s parents that their daughter is dead, I am acutely aware of my role in their nightmare.

Nightmares are vivid, disturbing dreams that elicit fear, anxiety, and sadness. They can jerk us out of sleep to escape the perceived danger or unpleasantness. I traffic in nightmares made real, sit with families as they shake themselves in a desperate attempt to prove they’re not awake. As I talk with Mary’s family, I’m feeling sick myself. The emotional burden of talking with them is compounded by the fact that my son will be driving in a few short years. When my grief mixes with theirs, it’s as a physician and as a parent.

I strive for sympathy and absolute clarity, sensitive to the weight of what I’m saying and who I’m saying it to. I use the word “died,” not “passed” or “couldn’t bring her back” or some other euphemism ripe for misinterpretation. My chest aches as I watch their eyes glaze over and their faces crinkle with disbelief.

Mary’s family eventually emerges from the shock. I detect suspicion, which isn’t unexpected. We’re strangers, thrust together by cruel circumstance. I lack any history with them or trust to draw on. Their expressions ask, “Could a better doctor have saved their daughter?” It’s hard to meet their eyes. When your job requires making quick, life-and-death decisions based on limited and often imperfect information, it’s impossible not to interrogate yourself if you care enough, even though the outcome was sealed before Mary arrived in the emergency department.

I sit awkwardly, leaving space for any questions. The family shakes off my responses, as if begging me to change my answers so Mary is alive. If I could possess magical powers, this is when I would want to use them.

Then I begin to wonder if the family’s lost, faraway looks signal an altogether different wish: Please, please leave us alone. I’m grateful that a social worker is squeezed into the room with us. What use am I to the family now? What comfort can I offer when a hybrid poet, psychologist, and high priest of grief wouldn’t reach the depths of what they’re feeling?

There isn’t a “right” or “expected” response at moments like these. Since they’re the only settlers in this unbearable nightmare, who am I to judge whether an emotion is a citizen or an outlaw?

I’ve witnessed grief so aggressive that I feared for my safety. The adult daughter of a patient once charged at me, ready to hit me, only to collapse at my feet. Another time an adult child grabbed my white coat, pulled me out of my chair, and, refusing to accept what I was saying, demanded that I leave the family room and do more for his now dead parent. I’ve also sat before dull nods, as if the family had been awaiting this heartbreak but didn’t know when it would appear.

I traffic in nightmares made real, sit with families as they shake themselves in a desperate attempt to prove they’re not awake.

Death from trauma such as car crashes — events that are sudden, unexpected, premature, violent, and potentially avoidable — is painfully disorienting for those left behind.

“Why couldn’t you save her?” says Mary’s sister, tossing in a few insults under her breath. “Isn’t this a hospital?”

I can’t argue. Though Mary suffered severe multi-system trauma with no signs of life at the scene of the collision, that doesn’t necessarily dampen the appetite for miracles. Studies show that the public is overly optimistic when it comes to predicting recovery after cardiopulmonary resuscitation. The media contributes to this dreamy misinformation. People on television shows whose hearts stoprecover more often than in real life, and often without neurological damage.

I give Mary’s sister room for her rage. I recognize her pain, though I could never imagine it.

That’s why I never use scripted language like “I know what you’re going through,” because nothing could be further from the truth. All grief is specific and private and tangled up in relationships. Mary had been trying to get her life together, her father says. No, she was getting her life together, her mother insists.

As a medical student many years ago, I didn’t receive any formal training for situations like this one. That wasn’t uncommon at the time. These days, it’s often folded into teaching modules bearing the name “breaking bad news” or “difficult conversations.” The medical literature is rich with conceptual thinking on breaking bad news, along with protocols and communication interventions that give guidance for doctors in training as well as physicians in clinical practice.

Despite the best efforts to study, understand, and train for these encounters in emergency medicine, plus excellent analysis and studies dating back many decades, actually doing them never feels right. Telling a family about the death of a loved one who had endured chronic problems and had been in and out of the hospital is hard enough. But Mary’s day began as any other. Her parents expected her home in the evening. Until they received the call, they had enjoyed the luxury of being upset at her for staying out so late.

Families remember these moments. The impact of a physician’s words can last a lifetime. Since I’m meeting families like Mary’s for the first time, my communication skills ride a tightrope over a perilous abyss. What I say shapes their impression of me at the moment and how they’ll think of me in the future. But if I give them this news with diligence and caring, perhaps they’ll understand that our efforts to resuscitate Mary, despite the tragic ending, were carried out the same way.

In situations like these, the family members become victims themselves, and researchers have recommended they be considered patients for the immediate time, suggesting that skilled interventions may help reduce pathologic grief responses. The loved ones of people who die in car crashes are particularly at risk for complicated bereavement and even post-traumatic stress disorder.

As I emerge from the family room, the hospital hallway appears too bright. I want to yell at two nurses innocently laughing as they return from break. I can’t imagine what laughter sounds like to Mary’s family, or any family that was just told their loved one is dead.

Mary’s father calls after me. He looks me up and down, runs his fingers through his hair. Then he shakes my hand, his grip firm, as if to brace from collapsing. Words feel like the husks of empty seeds in my mouth. I match his grip — as a physician, as a father, as a man struggling with his own emotions. These experiences can be a source of stress for physicians and nurses, too, especially when providers are inexperienced or fatigued. Nursing literature has described the challenges of witnessing grief, peering into people’s lives, and imagining what lays ahead for families.

Sometimes I worry that a death in the family might signify a death of the family.

Escorting those left behind, parent or spouse or sibling or friend, into a world that most of us can’t even imagine without shivering might be the toughest task in emergency medicine. I’d rather not be an ambassador to nightmares. But when I don’t have a choice, I try to do it with compassion and care. That requires a degree of openness and vulnerability, and that means my fears and emotional reactions will enter into the process. There’s no hiding behind a white coat. Through the years it hasn’t become easier. And I hope it never does.

Jay Baruch is an emergency physician and the author of What’s Left Out and Fourteen Stories: Doctors, Patients and Other Strangers. He can be reached on Twitter @JBaruchMD. This article originally appeared in STAT News. 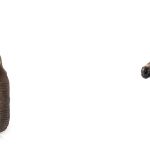 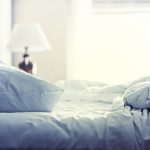