The recent case of a fourteen-year-old girl being denied her medications for arthritis highlights that the Roe v. Wade decision has far-reaching consequences for women and girls. Disturbingly, the Supreme Court’s decision allowing for abortion bans also contains several factual errors. As a doctor, I think it is important that we understand the facts about abortion. I want to share the top 10 misconceptions about pregnancy termination that I have heard.

1. Miscarriage and abortion are distinguishable. Medically, miscarriage and other forms of pregnancy termination are the same. Whenever a pregnancy is interrupted by medication or a surgical procedure, it is an abortion. Any miscarriage could also leave women open to criminal prosecution. This is already happening in many states.

2. Abortions are violent. One of the most surprising things for me to hear is that many people believe that pregnancy termination is the same as killing a baby. According to the CDC, 92.7 percent of abortions are performed before 13 weeks of gestation, when the fetus is incapable of living outside the womb. Terminations at this point in the pregnancy are done either with medications or via a 15-minute suction procedure. Less than 1 percent of abortions happen after 26 weeks, usually because the mother’s life is at risk or the fetus has a severe deformity.

5. Women will still have access to abortion if they leave their state. The cost of an abortion increases dramatically when travel becomes necessary, and some states have rules in place that allow the state to punish women who travel to seek care. Many women (especially poor women) are, therefore, unlikely to be able to afford care.

6. Pregnant women will be able to get an abortion if their life is at risk. Laws on the books generally include exceptions for the life of the mother, but in practice, many women will die. Women who are afraid of being arrested will delay seeking care; many will die before they can be helped. Even when they do seek care, they may be turned away. The Texas Medical Association has documented cases where women were denied care for their ectopic pregnancy (a pregnancy that occurs outside of the uterus and is never viable), putting their lives at risk. They also noted two hospitals where pregnant women seeking care were sent home and told to “expel the fetus” on their own, putting them at risk of severe infection and death. Doctors interested in providing full-spectrum pregnancy care are already leaving these states, leading to a brain drain that could affect women for generations.

7. These bans will only affect abortion care. Because of the fears of lawsuits, the bans have far-reaching consequences. For instance, methotrexate, a medication used to treat autoimmune diseases like lupus, may lead to early pregnancy loss. As a result, some doctors refuse to prescribe it, and some pharmacies refuse to dispense it. Women are also being refused medications that can cause birth defects, even if there is no chance that they are currently pregnant, as healthcare providers and pharmacists fear medicolegal consequences.

8. We are returning to a pre-Roe world. Pre-Roe, many women privately received abortions. Now, technology has made privacy much more difficult to protect. Every piece of data, from our emails to our medical records, could be seized in a criminal investigation. A teenage girl and her mother have had their messages turned over by Facebook to the Nebraska prosecutors investigating her medication abortion. The past has many lessons for us, but this new era has ushered in an unprecedented invasion of privacy.

10. These bans are pro-life. Judge Alito incorrectly stated in his opinion that surgical abortions are dangerous to pregnant women, one of many factually incorrect statements in his decision. These procedures are remarkably safe. Meanwhile, abortion bans increase the risk of dying during pregnancy or in the postpartum period 34 times.

In many states, women can now be forced to carry a fetus to term, even when their life is at risk, or there is no possibility that the baby will survive birth. In a profession where we value facts and patient autonomy, it is impossible not to be alarmed by the Court’s decision to interfere with patients’ most basic decisions about their health and body, especially using false information.

My sister went to the hospital seeking help. Instead, she died. [PODCAST] 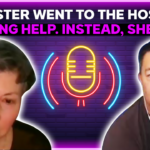