The field of pediatrics has always been known for advocating and caring for the most forgotten and disadvantaged in our communities. The American Academy of Pediatrics was founded at a time when children were seen as lesser members of society.

Through the efforts of this organization and tens of thousands of dedicated pediatricians, we have changed the narrative. Several examples include:

1. Care of abused and neglected children. One of the first efforts was to care for children who had been neglected, abused, or abandoned by their families. Initially, this started with legislative changes leading to strict penalties for abusive parents and the development of a robust foster care system. With time it was recognized that helping at-risk families is as important and may be one way to lower abuse. Our field has put much effort into promoting positive parenting, helping our higher-risk families with financial and emotional support, and encouraging parents to reach out for help. What many saw as “unwanted children” were seen by our profession as members of our human family, needing the same care and dignity that should be afforded to all.

2. Care of children with complex medical issues. Historically, children with significant physical or mental disabilities were often shunned or institutionalized. Most of these institutions have closed, but even to this day, children with disabilities are inherently discriminated against since they do not match the world’s view of the ideal person. Yet, pediatricians take care of such patients lovingly and work tirelessly to improve the quality of life of each child. Major efforts have been undertaken to develop better treatments, innovative medical and adaptive devices,  home nursing care,  targeted metabolic disorders treatments, and gene therapy. In addition, the field of complex care has stressed working directly with the family and supporting the parents as much as the child. Several studies have demonstrated that despite what may be seen by many as a burden, parents of children with complex medical problems find great value in their roles as loving providers. Our field realizes that these children are worthy of respect first and foremost because they are human beings who deserve care and dignity.

3. Care of premature infants. The age of earliest viability is now defined as 22 weeks gestational age, and rates of both mortality and long-term disability for premature infants continue to decrease. Most premature infants that get admitted to a NICU today are expected to live and thrive, receiving more aggressive proven therapies both in the NICU setting and after discharge to help them achieve their full potential. So why these herculean efforts to support and care for these children? As with children with disabilities, these premature infants are seen as members of the human family and, as such, have inherent dignity.

4. Care of children before they are born. Blood transfusions for Rh factor-induced anemia, fetal surgery (such as for spina bifida or congenital diaphragmatic hernias), and the hopefully soon-to-be-realized field of providing gene therapy in utero show that whether a child is inside their mother does not matter when deciding to treat them with care and dignity.

So, what defines “being human” or being a part of the human family?

Is it feeling wanted by loved ones? As seen above, that is not the case. In fact, since nearly all of us have felt unwanted at some point in our lives, being needed or wanted by others is not a prerequisite for being human.

Is it being independent and self-sustaining? We can easily see that any younger child is dependent on the family for support. However, as COVID has shown with shutdowns and supply chain issues, we all are more dependent on one another than we want to admit. From the gas we put in our cars, the heat we turn on in our homes, the food we buy, and the water we drink, some entity outside of us must provide these for us. None of us lives completely independently of others, and dependency is part and parcel of the human condition. Helping others that are dependent on us and accepting help when we need it is, in part, what makes us human.

Does being human mean that we are fully formed and developed? One of the charms of pediatrics is seeing a child develop in front of our eyes and being in awe of how the human brain can master so many tasks in such a short period of time. But it’s not just children who develop. Being human means that changes occur in all of us as we age. With time we all change in our mastery of skills, our overcoming of bad habits, and in our maturing view of the world.

Does being human mean that we are “valuable members” of society? Are we defined by being needed or by providing some value to the human family in general? One can easily see that this is not the case since all of us during our childhood needed more resources than we provided back. Even as adults, we have times when, due to illness or incapacity, we are on the receiving end of care, not the providers.

Finally, does being human mean matching some view of what a “person should be like”? History has shown us the horrors of viewing various members of our society as less than human or not deserving our respect and dignity.

So, when does one become human? It’s not when one is needed, loved, wanted, fully developed, or capable of survival outside of the womb.

More concretely, at what point embryologically does a fetus become a “human”? Is it when we can keep a child alive? This has been a moving target, so that makes no sense. And with advancing technologies, such as artificial wombs, that are already being studied in large animal models, one can see that such a definition is limited and dependent on location (for example, many countries do not have advanced NICU care). It must be more than that. Is it when a fetus is wanted by its parents? Again, as noted before, being wanted is not a necessary condition to be human. Is there a time during the early stages of embryonic development that “humanness” suddenly appears? How is this time decided upon?

Abortion, for many, generates underlying emotional responses, and nearly all of us know someone who has had an abortion, making it personal and much harder to discuss objectively. As seen with the responses to the Dobbs decision, this discussion has been reduced to one of politics for many. But it is a much deeper and more profound topic that must go beyond emotions or politics. We need to acknowledge that there are difficult situations for many who choose abortions but also remember that more than 60 percent of women who choose abortion do so because they think they have no other choice. Care of pregnant women should be a priority for all, and this support cannot end after the choice to deliver a child but must continue well after that child is born.

Therefore, it is time for non-confrontational discussions of the unborn child’s humanity. Our field should take the lead in caring for both the child and the mother with all our efforts, care, and love.

The authors are anonymous pediatricians.

A doctor explains 10 misconceptions about abortion

Why adopt a lifestyle pyramid for rheumatoid arthritis? 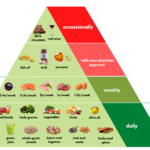