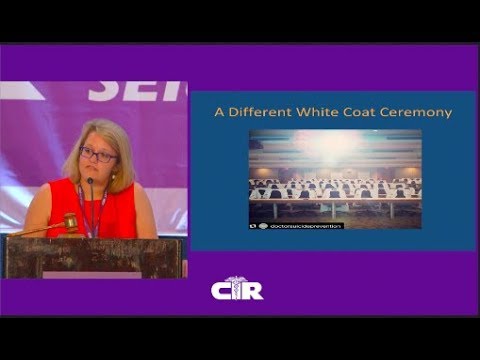 I sometimes get messages from people who have lost physician colleagues and loved ones to suicide. It’s the specifics of these stories that wound me: a note left for an unexpected person; an insignificant fight at sign-out that in retrospect is full of meaning; the white coat that a woman wore when she jumped to her death. Each of these lives is complex, and each of these deaths defies easy answers. But universally, those left behind ask me: why weren’t they warned that this could happen?

I gave a speech recently at the Committee of Interns and Residents’ national convention. They have done great work fighting for trainees, though it’s a constant uphill battle. I spoke about my own experiences with depression and suicide, physicians we had lost, and the crushing stigma that so many trainees continue to face when seeking care. In the reactions of the hundreds of physicians that were there, and the questions that they asked me, I could tell that these were their stories too and that many had never opened up about this before. I wish every new resident, their family, their chief residents, and their administrators could see this talk and figure out how we can do better by one another.

There is a new crop of interns starting again this July. To them and their loved ones, I want to say: depression and suicide are occupational hazards of medicine. Knowing this is vital to protecting yourself and your loved ones.

Medical students are healthier than their peers when they begin their training. But that changes quickly. At any point during medical school, one in four students is experiencing major depression, and one in 10 has considered suicide. Of those needing help, only one in 6 have sought it, many citing fear of discrimination as the reason why they avoid care. In other words, while we are learning to diagnose and treat depression, one of the most common diseases in America, we studiously avoid recognizing it in each other and are implicitly taught that for doctors, it is a shameful sign of weakness.

Things improve during our fourth year of medical school, when competition and academic responsibilities start to lighten. But these statistics worsen dramatically in our first year of training. Witnessed trauma, sleeplessness, and social isolation are the hallmarks of medical training. In this light, it is understandable that more than 40 percent of interns experience an episode of major depression in the first twelve months of residency. Suicide is also common cause of death in training, though it is often covered up, leading those that loved them to feel shame and a further sense of isolation.

Intern year was when I first experienced a major depressive episode. What would I have done differently if I had known how common this was? What would my family have done differently? I think I would have been more proactive about seeking help before residency, and asking for help from friends and families when things got hard. I would have spent more time with friends outside of work. I would have resisted implicit messages that I was weak for getting sick when residency is almost designed to sicken us.

It’s hard to recognize how ill you have become when so many of those around you are ill, too. While trying to get better I heard the constant refrain, “This is just medicine. Everyone’s miserable.” I refuse to accept this as the inevitable state of medical training in America, and I hope you will too.

Undoubtedly, we have enormous challenges to face. The administrative burden on trainees is incomparable to what generations before have experienced, and they do not disappear when we finish training. As an attending now I constantly look for ways to speak out against deteriorating work conditions across the country, while staying connected to the meaning and purpose of our work.

When trainees feel inadequate because they have recognized their own illness and sought help, we are losing advocates we need to help make medicine better. When more than half of state medical boards can deny us our licenses because we have sought care, our government is telling the world that mental illness is actually a weakness of character, no matter the lip service it might pay to fighting stigma. And when we fail to warn residents and their loved ones that they are very likely to become ill during their training, we miss a crucial opportunity to save the life of a young physician.

If your loved one is in training, check in with them. Listen to what they’re going through. Just try to be there. And if you are in the process of becoming a doctor, know that asking for help is a sign of strength.

Elisabeth Poorman is an internal medicine physician and can be reached on Twitter @DrPoorman. This article originally appeared in Doximity. 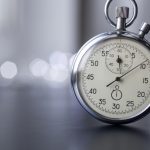 The hidden issues of the "dancing doctor" 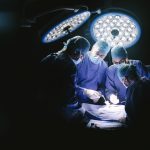