My longtime psychiatrist died by suicide.

It still doesn’t seem real. It’s nearly impossible to accept that someone who had the talent and resources to help so many others couldn’t avail himself of the help that he needed.

It’s even harder to accept that I sensed something was wrong and didn’t do anything about it.

I’d known him for years. In the final months of our relationship, the changes in his attitude and behavior were so sudden and marked that I considered addressing it.

I didn’t. The reasons are complex. On the day of our last session, things changed. He looked better than he had in months. His once orderly office, which had fallen into a state of utter disarray, was neater than ever. While there were some confusing moments, it was an aura of calm that prevailed. I allowed this to cloud my judgment. I mistook resignation for resolution — I now believe he had accepted his fate. The seeming calm may have been the result of the relief that accompanies making a decision. Only in hindsight did I realize that a few obscure comments he made that day were his way of saying goodbye. Because six days later, he was dead.

I have forgiven myself for not acting on my initial instincts. I know that had it been anyone else, even a casual acquaintance, I wouldn’t have hesitated to address my concerns. So why didn’t I? Mainly because he was a doctor. A psychiatrist. An accomplished and highly regarded professional in his field, with all of the trappings of success, and the appearance of someone who had it all.

Coincidentally, if anyone should have been aware of the signs, it should have been me. I am intimately familiar with depression. I’ve never been suicidal, but, in the saddest of ironies, it was my late doctor who encouraged me to volunteer for a suicide prevention hotline. I was trained to assess suicide risk.

However, I know that doesn’t mean I would be capable of detecting suicidal ideation in someone trained to hide it.

I know I couldn’t have saved him. I learned that he had sought help, and mental health professionals couldn’t save him. I can’t help but wonder how his status in the medical community influenced his treatment. While I’m not privy to all the details, I know that others knew he was suicidal. He had even expressed to others the specific means by which he planned to kill himself. Was he treated differently than a layperson would have been treated under the same circumstances?

Since his death, I’ve become aware of the suicide rate among physicians. According to a presentation at the 2018 annual meeting of the American Psychiatric Association, physicians now have the highest suicide rate of any profession. The healers upon whom we all rely are now among the most vulnerable.

I’m concerned that the same stressors that are contributing to the increase in physician suicide are adversely affecting American medicine on a daily basis.

These days, in my world, hypersensitivity rules. If I sense despair, I’ll address it, no matter who, when, or where. And the next time a physician wants to walk me out to the parking lot after my appointment? I won’t drive away without inquiring about his health. And meaning it.

Deborah Courtney is a patient.

What is the best student loan repayment plans for medical students and residents? 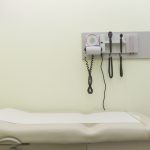 Doctor, how are you, really?
8 comments