Just over seven years ago, on April 22nd, my father heralded his 88th birthday with a thoracentesis to drain the fluid from his lungs. On May 3rd, less than two weeks later, he died, due to a blockage in his abdomen leading to sepsis, most likely from two 20-plus-year-old sarcoma surgeries.

Between these events, he went through a series of seemingly unstoppable medical issues. There was the discovery of that sarcoma with an extremely poor prognosis, followed by a surgery that couldn’t reach a small section of the tumor; less than a year later, an abdominal blockage actually shifted the previously unreachable tumor to an operable place, resulting in, amazingly, a second, and this time successful, surgery. There was hepatitis A (traced to a restaurant), macular degeneration, and multiple skin cancers on his lip and the top of his head. CML – chronic myelogenous leukemia – became a bigger battle for a number of years but which, ultimately, was stable, and, for good measure, gout. And there was another abdominal blockage somewhere in the middle of all this that put him into the ICU for a time.

And through it all, his family was there with him. Through numerous visits to his specialists in New York, some of whom grew to love him as family, he traveled with my mother by bus for many years, until it became easier for me to drive them. During one of only a few hospital stays, both my mother and the wife of my father’s roommate in his hospital room were essentially living there. It was a tight squeeze, for sure, but the nurses and doctors didn’t mind just stepping over and around them, knowing how much easier it was on their patients – and, ultimately, on them – to have their loved ones by their sides.

Up until his last couple of years on Earth, he was active and even fit through all of these illnesses. But finally, congestive heart failure did its dirty work. On our first trip back to New Jersey after a long hospitalization, before he was able to get more portable oxygen in small backpacks to take along with him, my car stalled and died after an hour-plus crawl down Ninth Avenue to the Lincoln Tunnel. I will never forget the moment when I realized that the giant steel oxygen tank at my father’s feet, which had been connected to the car’s cigarette lighter, very definitely had stopped working – and when I knew he realized it as well. The car eventually moved, and he was OK – though he never really was OK with this new challenge, although he lived another 18 months or so after it all began.

And then his time came – untimely, as death always is. Once again, it was a blockage, but he kept it to himself for too long this time. Although he wanted to go to the city, where his doctors were, things were moving quickly, so we ended up in an emergency room in an excellent New Jersey hospital. They got him in a bed quickly; they took his vitals, and, once again, they inserted an NG tube into his nose to release the pressure. By the end of the procedure, he was flirting with the nurse, and we were all laughing. It appeared, very briefly, that we had dodged another bullet.

But within a few hours, it was clear that this time, his body could not come back from the blockage, and it was shutting down. He was moved to a private ICU bed within the ER – there was no time to move him upstairs. So we called the family, who began the process of coming to my father’s side.

The next piece of bad news: My father would need to be intubated, something he had never wanted. But if he had a chance at life, would he want to take it? If the intubation was only temporary? My brother and I spoke to my father, our hands grasping him on either side, trying to convince him, promising him that we would not let this go on indefinitely without a meaningful chance at real recovery, and he agreed.

And so it was that we surrounded my dying father, my children’s Poppy, a good and wise man who was slowly slipping away. The intubation wasn’t helping. We talked to him, stroked his arms, and let him know that we loved him by our physical presence.

It was, in some ways, a good death.

At the beginning of the pandemic, I thought a lot about his death. We had all fought so hard for him to live, and when the call finally came, there were all sorts of questions that, later, all of us – but particularly the physicians in the family – felt they had not properly answered. Could he have lived longer if different decisions had been made? A month? A year? More?

And yet I cannot imagine his death without us there, as so many faced their own deaths in those early days. I simply cannot wrap my head around it, thinking of my father: so afraid of sickness, so nervous to be alone, so dependent on my mother, in particular, to be his voice.

How scared he was, my father. And maybe, after a while, he didn’t know we were there. Maybe he was already floating far, far away, and our voices no longer made a difference.

But I can’t believe that.

We must believe that inside, where our spirits live, there is an understanding, a belief, in those people we have loved and who have loved us, that they will live in us even if they are far away. And perhaps more important these days is that our physical presence is less important than the voices that whisper through space and time into their ears, hearts, and souls, saying that we are, truly, here.

It may not be much solace, but it’s all we have. 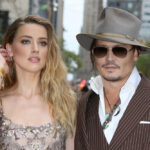