In March, I began receiving photographs on my social media apps of my daughter’s Match Day celebration seven years ago at Tulane Medical School.

It was a glorious day, in particular, because my daughter got her first choice: Not only would she be an internal medicine resident at a top-tier hospital in New York, with a reputation for excellent training, but she would be in the same city as her sister and some of her friends and not far from her family, including her aging grandparents. After four years away – and with much love for New Orleans – she was coming home.

And oh, how we celebrated! A doctor daughter! Another physician in the family! My brother is a pediatric pulmonologist, but it’s always good to have someone who can talk the talk in the event of an illness or a chronic condition. While we ourselves tried not to influence our daughter while she made her decision, years ago, to go into medicine, we were, of course, proud.

My daughter finished her residency and moved on to a fellowship, and – after nearly ten years of training in total – to an attending faculty position in the area.

Flash forward to today, and the coronavirus.

As a rheumatologist, my daughter – right now – is not on the front lines. And yet, I know it is just a matter of time.

As soon as the initial information trickled in, she immediately began going over protocols for COVID patients, labs that need to be checked, and the basics of ventilator and critical care management, despite none of this being part of her particular specialty.

In the beginning, I know she was selective in what she texted and emailed, and that she was trying not to be an alarmist. But we are all alarmed now.

Of course, there have been many changes to my daughter’s schedule as she searches a week or two at a time based on ever-changing instructions from the hospital to see who can be converted to a telemedicine visit or who absolutely needs to be seen. Knowing that – like her friends, like my brother, like her colleagues – she has taken an oath, and that she must put the care of patients above herself.

Along with all of this is her fear that she will bring this disease home to her husband. They are in a one-bedroom apartment and had been right in the middle of house-hunting when the stay-at-home orders began – so where do they go to distance themselves from each other?

The Match Day celebrations at medical schools this year throughout the country have been canceled, of course; medical students were notified of their futures by email or letter, left to celebrate – or not – without the support of their fellow students, their families. They were, no doubt, disappointed. But now I wonder: Should we have been celebrating seven years ago? Should we have been dancing in the streets? Or should we, really, have been in mourning?

We expected the hardships of the intern year and of residency. We knew the difficulties that lay ahead: not enough sleep; being able to deal with a multitude of sick patients, and do the right thing, whatever that might be; being on call, and missing that holiday or family celebration.

But we really didn’t understand how difficult it would be. In fact, today, as we face COVID-19 straight on, it’s more clear than ever that we didn’t know anything at all.

Of course, we understood that our daughter would need to put her patients first – but we didn’t focus on the fact that as an internist, she might herself become a patient battling this illness. We didn’t think about the fact that she might not have the equipment she needs to keep herself – and her patients – safe, or that she might have to make life-and-death decisions about who should live and who should die.

I suppose we should have.

On top of huge loans, and family sacrifices, and years and years of training, we now have a virus that is taking over our medical community – and not everyone will survive. Would I have told my daughter not to become a physician, had I known what was coming? Maybe. And yes, I know that is selfish, because what would happen to our world without my daughter and the rest of the dedicated physicians, nurses, and physicians’ assistants that are on the front lines or waiting just behind?

I know that if I get sick, I will have to trust the medical professionals who will take care of me. I know they are someone else’s daughters and sons, mothers and fathers, aunts and uncles, friends, and colleagues.

And I know, in just the same way, that they will do all they can to care for my daughter and the other daughters and sons, mothers and fathers, aunts and uncles, friends and colleagues out there fighting the good fight.

I guess that is something to celebrate.

Medical school testing boards are profiteering during a pandemic 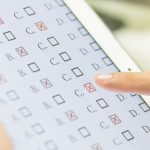