When my friend was in her fourth year of medical school, she and her boyfriend sat down with their dean to discuss their residency applications. Both have since gone on to have successful academic medicine careers, but on that day in the dean’s office, they were nervous. My friend asked the dean for reassurance.

“I’m sure it will all work out,” she recalled the dean saying. “After all, in 20 years your boyfriend will be running his department, and someone has to take care of your kids.”

Medicine has long been a career path in the U.S. for women in science with women entering the field in nearly equal numbers to men for 20 years. But along the way, many women fail to advance and to earn the same recognition and salaries as their male counterparts.

These differences are often framed as “individual failures,” in spite of the robust evidence of gender discrimination. Women are told to advocate for themselves, to be better negotiators and, in private, not have children if they are going to succeed.

The medical profession must confront this sexism if we are to address why women have double the rates of burnout as male colleagues and among the highest levels of suicide in the country, at two-and-a-half to four times the rate of the general population.

As a culture and a profession, medicine continues to systematically disadvantage women physicians at every stage of their careers causing many to leave. As a result, we are losing some of our most talented doctors.

Since 1992, women have made up at least 40 percent of medical school students, peaking this year at more than 50 percent. At the time, many ascribed to a theory of “critical mass” where women would transform a culture created by and for male physicians through numbers alone.

But the top leadership positions in medicine remain predominantly male. Only 15 percent of department chairs are women, and 16 percent of medical school deans are female. For the past 10 years, according to an Association of American Medical Colleges report, women in academic medicine have received only 30 percent of new tenured positions.

As Dr. Huma Farid, a South Asian obstetrician at Beth Israel Deaconess Hospital, explained: “When people look at a white woman, they think she’s a nurse. When they look at me, they think I’m there to collect their tray.” Winning patients’ trust is the cornerstone of medical education and practice. When patients do not wish to be treated by women or minorities, it has serious consequences for our education.

Our medical educators are also affected by gender bias. Male medical students are more likely to be labeled as “quick learners” than women, and that gap actually grows through medical training. One study found that at the beginning of the residency, women residents were rated as slightly better on average than their male peers — but by the end of training were on average three to four months behind their male counterparts.

The pattern continues in practice. From the portraits hanging on an institution’s walls to the names of medical societies to the number of women giving grand rounds, women are consistently under-represented.

Pay is the clearest indication of whom institutions value: one study of academic medical centers found women physicians earn $51,315 less, on average, than their male colleagues. With adjustments for factors such as faculty rank, years in practice and graduation from a top medical school, women still earned $19,878 less. This salary gap appears to be widening.

Dr. Jen Gunter, a San Francisco based obstetrician and gynecologist, left academic medicine in part because of persistent gender discrimination that she faced in her career. She had a complicated triplet pregnancy with her children requiring medical care in the ICU. “I was the primary breadwinner,” she said in an interview, “but my children needed a mom and a doctor.”

She found herself overwhelmed by her family responsibilities as she was applying for tenure. Though she had spent her entire career in academics and had four different board certifications, an administrator told her: “Maybe academics are just not for you.”

Nearly one in three physician mothers reported experiencing discrimination because of pregnancy or breastfeeding. Many women have only six weeks of federally mandated leave, and some trainees have no protected maternity leave. Women doctors have trouble following the same recommendations they give to new mothers because of these policies.

More open forms of sexism and sexual harassment are rampant in our profession. Dr. Sarah Candler, an assistant professor at Baylor College of Medicine, told me a prominent colleague groped her during a dinner at a leadership conference. She tried to get the help of a male peer who remained oblivious. “I didn’t even know who to report it to,” she told me.

Gunter had a similar experience at a different national leadership meeting, when a powerful colleague drunkenly groped her. “I could not get his hands off of me,” she said. “Literally, I’m peeling his hands off of me. I asked two male colleagues for help, and they said, ‘What should we do? We can’t control him.’”

All of these issues of discrimination, from sexual harassment to paltry maternity leave policies to salary discrepancies, are an institutional choice. Leaders who make a concerted effort to combat gender discrimination can advance women, and in the process, retain the widest pool of talent in their organization.

Think of the patients that we could treat, the diseases we could cure, the innovations in our dysfunctional health care system women could innovate if institutions stopped thwarting our talents.

Elisabeth Poorman is an internal medicine physician.  She can be reached on Twitter @DrPoorman. A version of this article was originally published in the Guardian. 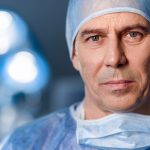 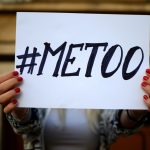