There is a movement afoot. I can feel it. I can see it. Women in medicine are no longer going to tolerate the subtle and not so subtle discrimination that has stymied their career growth. They are not going to be complacent while their male colleagues are paid higher salaries, offered speaking engagements and research opportunities and promoted at a greater rate. Women in medicine are pulling together in an incredibly organic way — fostered by social media. Their goal is to help each other achieve their professional goals.

It has been two years since Heather Logghe, a surgical intern first tweeted #Ilooklikeasurgeon. Since that time, this hashtag has received over 2.8 million impressions on Twitter. Women surgeons around the world have been encouraged to post pictures of themselves at work. Women now use it to identify their tweets and build a community.

Last spring, the cover of the New Yorker magazine spurred another social media phenomenon. The #NYerORcoverchallenge was started by surgeon Susan Pitt, also encouraged women surgeons to recreate the now iconic image that challenged the archetypical surgeon. Women continue to post their pictures, and they are retweeted and liked by others, again from around the world.

There have been numerous other hashtags that are creating a community of women in medicine. Other specialties have their own version, including #Ilooklikeapathologist, #Ilooklikearadiologist, and #Ilooklikeananesthesiologist. Radiologists started using #radXX to identify their tweets. Using these hashtags and others allows women physicians to connect with others with a shared interest.

There are groups on Facebook as well. PhysicianMomsGroup has 65,000 members worldwide, with offshoot groups for women with specific interests in research, writing, and entrepreneurship among others. There is a RadiologyChicks group for female radiologists. Medical schools, hospital systems, and state medical societies also sponsor Facebook pages for women members. These forums often serve as a site to seek clinical advice, post job offers and ask research questions, but they also act a casual location to network with other women physicians.

Women are educating themselves about career development — a key step towards achieving gender equity in medicine. Women are mentoring each other and providing accessible role models. When the Association of Women’s Surgeons was founded in 1981 by Dr. Patricia Numann, only 12 women attended the first meeting. Since then, women have made huge strides in increasing their representation and leadership in all surgical organizations. Annual meetings, newsletters and sponsored speakers provide members with tools and resources to achieve more in their career.

Women in medicine groups are forming in the medical specialties and women are joining. Many are organized as offshoots of parent societies. Independent groups in emergency medicine and anesthesia have also formed. A common theme for these groups is a commitment to helping women achieve their best. In addition to helping with skills such as negotiating, office politics and self-promotion, these groups also provide women with access to others who can share their experiences and offer guidance about sensitive topics such as how to handle sexual harassment and discrimination, pregnancy and parental leave issues. Speakers’ bureaus allow women to identify themselves as experts.

Women’s groups take many shapes. Many sponsor events at their specialty’s annual meeting. Some groups offer freestanding meetings with all women panels and speakers. In addition to the educational component, these meetings are a powerful networking opportunity. Women attending these meetings leave feeling empowered and connected to their specialty and other women in their field.

Women are advocating for themselves. With the help of their women members, surgery, OB/GYN, and interventional radiology specialty societies have recently adopted parental leave policies, and one is in the works for anesthesia. Women are drawing attention to disparities in promotion and participation in the specialties. Women are asking for pay transparency. Dr. Julie Silver recently published an article highlighting the lack of women awardees for significant medical society honors in physiatry.

Women cannot create an inclusive workplace alone. Men also have to advocate for their female colleagues and partners. Department and practice leaders need to stop assuming that women do not want to be leaders or that they are not interested in research. Meeting organizers need to be mindful that their panels should reflect who is in the audience. #HeforShe is social media tool to identify male allies in medicine. Together, men and women can create the workplace that offers every physician the opportunity to achieve their best.

There is a movement underway, and it has been growing for a long time. With the power of social media, women are collaborating and using their combined energy to create an empowering community to fight the status quo. Despite the increased pace, change will not happen overnight. But it is happening, spurred on by hashtags, retweets, and replies.

Meridith J. Englander is a radiologist. 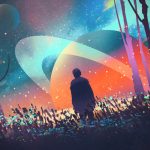 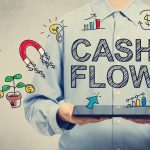 Social media: The ultimate tool for women in medicine
4 comments