As a male medical student, I have developed a growing interest in and enthusiasm for recent efforts to raise awareness about workforce gender disparities in medicine. Though women comprise over 45 percent of resident physicians and 50 percent of medical students in the United States, research reveals deficits in key surrogate measures of successful integration. There are pay and promotion gaps, and women are much less likely than male colleagues to hold major leadership roles or receive prestigious medical society recognition awards.Indeed, while U.S. medical schools finally achieved a 50/50 gender balance in 2016, women make up 38 percent of the academic medical positions, and only 21 percent of full professors and 15 percent of department chairs. This disparity has important consequences as leadership drives our agendas, and it can serve as a self-perpetuating issue if changes are not implemented. Notably, Pew polling has shown that most women seek to hold leadership positions.

The empowerment of women in medicine is intrinsic to the effort to improve medicine itself through the creation of the strongest workforce possible. If women have a difficult time and experience more burnout, this affects men in the workforce as well as patients. On the other hand, when we seek success for ourselves and our colleagues, we collectively encourage one another and optimize our health system for patients. Medical culture is enhanced by creating the kinds of diversity we see in society, particularly because the care we deliver depends on our understanding of the diverse populations and unique needs of our patients.

All humans exhibit natural biases towards the perspectives that are most familiar to them, and understanding this disposition can be used to improve on it. Unconscious bias, also called implicit bias, is simply a human trait. One way to “see” the bias is via diversity and inclusion metrics. These are two distinct (but related) types of metrics. For example, a recent study conducted by Julie Silver, MD and colleagues at Harvard Medical School focused on recognition awards for women physicians in the field of physical medicine and rehabilitation (PM&R). According to the Association of American Medical Colleges, the proportion of full-time female PM&R faculty members was 38 percent in 1992 and 41 percent in 2013, and membership in the society roughly reflects these proportions. So from a diversity perspective, women are well represented.

However, when the researchers analyzed the proportion of women physicians who had received recognition awards for the past four years, they found that none had (0 percent). Obviously, diversity in the society does not necessarily mean that the women physicians are valued for their contributions to the field (inclusion), so the issue allows our health care system to highlight an opportunity to improve.

Where do men fit in? There is a saying that if you are not part of the solution, you are part of the problem. Men in medicine — medical students, residents and attending physicians — must come together to support solutions. We are not mere bystanders but rather highly educated professionals who must promote a culture of inclusion.

There are important steps we can take right now. First, we need to educate ourselves about diversity and inclusion in the health care workforce. A recent article titled, “Diversity and Inclusion are Core Leadership Competencies: A Primer for Busy Leaders,” is a good place to start. Educating ourselves means that we need to listen to the women physicians who are weighing in as their voices have often been muted. For example, Vineet Arora, MD is an expert in diversity workforce issues, and she recently published an interesting article titled, “Cultivating Women Leaders in Healthcare.” Julia Reilly, MD is a resident physician who wrote about her experience as a woman physician in, “I Wish Someone Had Told Me About the Challenges of Being a Woman in Medicine.” Kirstin Weider is a medical student who provided some important insights in her KevinMD blog titled, “Advancing Physician Diversity and Representation.”

Second, we need to have some dialogue with each other to better understand each other’s perspectives and what will be helpful. For example, though I am “just” a medical student, I gave this article a lot of thought and wanted it to be supportive of all physicians-in-training as well as those who are in the workforce. Before I published it, I had several conversations with various mentors and peers. This dialogue helped me to hone my ideas and to hopefully present them in a supportive manner.

Finally, we need to take some action. I am actively looking for ways to contribute to solutions that reduce gaps and disparities and am convinced that we need to bring change agents together. Social media is one way that we are able to find each other. For example, tweets by male physicians that contain #HeForShe — men supporting women — is one way that I can find other men who are stepping up. Some of these men provide excellent examples of about how to approach solutions, and I am actively learning from them. To highlight the need for our medical societies to actively partner with medical schools and other health care institutions, Dr. Silver initiated a grassroots physician-driven effort called Societies As Allies (also on social media as #SocietiesAsAllies), and I signed letters that were sent to the Council of Medical Specialty Societies and the American Association of Medical Society Executives along with nearly one hundred other doctors and doctors-in-training to encourage transformative discussion at the national level. I became convinced that medical societies could play a major role in helping women to advance their careers after reading this important report that explains how medical societies own or control many resources that physicians, particularly those in academia, need for career advancement: “Where Are the Women? The Underrepresentation of Women Physicians Among Recognition Award Recipients From Medical Specialty Societies.” As the report suggests, such strategies are steered by data collection efforts. As we learn more about the opportunities for improvement through data, this encourages continued study and transparency around these issues. The inclusion of women must be metrics-driven so that we identify gaps that can be addressed.

Supporting women introduces growth opportunities for everyone. The need for more women leaders in medicine not only energizes the next generation of female physicians, it provides an important source of understanding and inspiration for the next generation of male physicians. We are genuinely stronger together, and our patients are counting on us to create the strongest possible health care workforce. To that end, I will lend my voice and actions.

Jim Eubanks is a medical student. 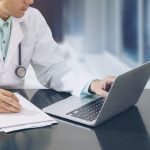 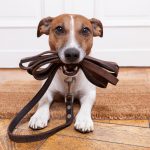 Lifting up women physicians makes us all better
2 comments