My sister didn’t want to die from breast cancer. In the six years since her diagnosis of stage 4 breast cancer, she fought valiantly to stay healthy and to continue to live. A superb oncologist put her cancer into complete remission, which lasted for some time before it reappeared in distant lymph nodes but not in any viscera.

One weekend she complained of severe stomach pain and sought help at a nearby hospital. After several failed attempts to insert an NG tube, the decision was made to place the tube under anesthesia. It should have been a straightforward procedure. I don’t know why it was not. Later I was told when she was extubated, she quickly developed respiratory distress. She was reintubated, placed on a ventilator and sent to ICU.

I live in a different city from my sister. When I arrived the next day, I took an elevator to the fourth floor only to realize with horror that her room number was in an ICU. When I entered her room, she was not conscious.

A ventilator breathed for her. An NG tube protruded from her nose; the cardiac monitor recorded her heartbeat and blood pressure. The sounds from the machines I knew so well suddenly seemed deafening. She was uncovered in the bed; her abdomen, clearly distended. A young hospitalist stood at the foot of the bed.

I told him I was her sister and an internist. I asked him, “How do you go for an NG tube and end up in the ICU on a ventilator?” I paused, trying to control my anger and fear, and added “… other than medical incompetence?” He never looked at me; he simply stared straight ahead and said, “She has stage 4 breast cancer.”

Both shock and dismay at his statement ran through me. I told him there was no evidence that her breast cancer had anything to do with the current situation. He simply repeated, “She has stage 4 breast cancer.” I said to him again more emphatically that he didn’t know that stage 4 breast cancer had anything to do with what had happened to her. I told him she had never had any visceral metastases. She had cancer only in distant lymph nodes which were why she was classified as stage 4.

Looking at her swollen belly, I asked him if he was pumping air into her abdomen. Had he bothered to check the tube placements? He continued to stare straight ahead and said, “Her belly looked like that last night when she came up to the ICU.” I was livid as I realized she had been like that for 12 hours or more. “She walked into this hospital, asking for help! Look at her now!” After a brief pause, he turned on his heel and walked out of the room, saying, “I guess we could get an abdominal CT.”

Emergency surgery was quickly performed after the CT scan showed free air in the abdomen. When I heard the surgical findings, I knew my sister would not survive. There was a large tear in the posterior fundus of the stomach. More than 3 liters of undigested food, bile and stomach acid had poured into her abdomen. She was profoundly acidotic, and her electrolytes were in disarray. The surgical team repaired the tear in the stomach and cleaned out the debris from her abdomen. The acidosis and electrolyte abnormalities were ultimately corrected, but the abdominal incision had to be left open.

Her room bustled with activity for a while after that. The surgical staff checked her abdomen and adjusted her fluids. Antibiotics were started. Her oncologist came because he cared, although there was nothing he could do. The room seemed to shrink in size. In the midst of all the activity, I saw the hospitalist standing in the corner. Our eyes met for a moment, and he gestured toward the computer monitor in the room. He wanted me to see the abdominal CT. I already knew what had been found, but he seemed to need to show me. I listened as he described the findings. I thanked him for that, and I thanked him for ordering the CT, even though it was not gratitude that I really felt. He left the room after that, and I never saw him again.

Forty-eight hours later, the incision was closed. My sister never regained consciousness. She could not come off the ventilator and required pressor agents to support her blood pressure. After four days, she stopped responding to even the most painful stimuli. Three days later, she died.

As time has passed, I have tried to look back at these events as a physician rather than as a grieving sister. I admit that this is difficult and it is painful as I question the actions of members of my own profession that led to my sister’s death.

When a patient comes to a hospital seeking help, a patient who is ambulatory, lucid, and conversant, I do not understand how respiratory distress in the immediate aftermath of an invasive procedure under anesthesia could be so readily attributed to a pre-existing medical condition.

Stomach rupture is a recognized, albeit rare, complication of NG tube placement. Respiratory distress does not develop without a reason. Yet it seems that no one made any attempt to determine the cause of the respiratory distress after the NG tube placement. Even her ever-swelling abdomen didn’t seem to signal to her physicians that anything else was wrong … other than her history of stage 4 breast cancer.
Centuries ago, Hippocrates’ students wrote, “As to diseases, make a habit of two things—to help, or at least, to do no harm.”

My sister went to the hospital seeking help. Instead, she suffered incalculable harm.

I am heartbroken at the loss of my sister. No, breast cancer didn’t physically kill her, and for that, I am grateful. Its presence in her medical history, however, quite possibly did as it was apparently used as the justification for all that went wrong. Perhaps the young hospitalist will remember her. Perhaps he will consider the harm that was done and how assumptions delayed what might have been life-saving treatment. If so, others may benefit. As a physician, I hope for that. As a grieving sister, that hope brings me no solace, but perhaps, someday, Hippocrates can stop crying.

When the time comes, be sure there's something to retire to 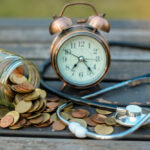 The art of medicine is born in the unforeseen