“They may say I can’t sing, but they can never say I didn’t sing.”
– Florence Foster Jenkins.

I was a bachelor over the weekend. My wife Beth was in Columbus at a horse show, just killing it, while I languished at home in The Land with the dogs. Much of what a summer typically includes has been stolen by the traitorous behavior of my “good hip.” Where my left hip only announced its intention to desert my body when I was active, my right hip demands my attention during all waking hours. I was home taking call for our practice to clear the decks for my September surgery and recovery.

Because I was home and free of any real responsibilities, I was able to attend the retirement party for a woman with whom I have worked since my very first day in the OR in Cleveland 31 years ago. Mary Kay was my first scrub nurse, and she went on to run one of the surgery centers where I operated for 18 years or so. All in all, it was a lovely affair, held at an Irish pub in homage to Mary Kay’s heritage, and attended by about a hundred folks who also worked with her over the years. As an aside, I had a number of funny encounters at the bar. Remember, we are a group of people who generally only see each other in surgical scrubs, and for 2+ years, no one has seen anyone’s entire face under our masks. A couple of the youngsters were quite funny when they finally recognized me “wearing clothes.”

At 62, with 32 years as a working doc under my belt, it appears that I have reached a stage where retirement is kind of an expectation. At least on the part of those folks with whom I’ve worked for decades, and especially, I guess, at someone else’s retirement party. Almost all of the folks I’ve known for more than ten years at the party asked about my own retirement plans. Having the good fortune to have several close friends who have had the good fortune to already be retired and to have retired well, and having spent many an hour hashing this out with Beth, I’ve come up with an answer that describes my situation.

Retiring from what I am doing now isn’t enough; I need to have something that I will retire to.

Beth, the good-looking, smart member of the couple, has made it quite clear that I am not going to be allowed to retire to her. My wife is not going to be my hobby, my go-to activity. At least not 24/7. Nope, I’m going to have to come up with something that I wake up and look forward to doing each day and then fall asleep at night happy that I did it. I need to come up with some activities that I am passionate about. All the men who asked last night had a blank look on their faces when I gave them this answer. All of the women had knowing smiles and nodding heads, congratulating Beth on her perspicacity and resolve.

Which got me thinking about Florence Foster Jenkins and the movie about her of the same name.

Mrs. Jenkins was a socialite in NYC, I believe, who was quite passionate about singing opera. She had the financial wherewithal to produce her own performances in a rather major way. A pivotal scene in the eponymous movie takes place at Carnegie Hall. There was only one problem with that, at least as far as it went for the spectators: Mrs. Jenkins was a terrible opera singer. Actually, she was epically, brutally bad at singing opera. Yet, again and again, she went to the well and sang her heart (and her lungs) out in front of an audience.

My instant, deep emotional response to this story is jealousy. Jealousy followed by mad respect. Jealousy because Mrs. Jenkins has a passion, something about which she cares so deeply that she is willing to pursue it to whatever limit her abilities might impose. Respect because she is willing to devote time and resources to this pursuit in spite of the fact that she will never come anywhere near anything that even approaches proficiency, let alone excellence. More than that, she insists on sharing the fruit of her labor publicly, even though she is told time and time again that her particular fruit is inedible. No matter. Florence Foster Jenkins will sing.

Retired or not, everyone should have a passion like this. We should add a tiny disclaimer or two, of course. There are a few things that shouldn’t be done by amateurs or hobbyists, no matter how passionate they may be about them. Neurosurgery comes to mind. Or operating heavy equipment, even if you didn’t take any of those medicines that are advertised on TV where you have to choose between your health or, you know, driving a bulldozer. If your passion is harmful to you or those around you, it’s probably more psychopathic than passion. Short of that, though, the kind of passion shown by Mrs. Jenkins is to be envied, something to aspire to.

For many years now, my own life has been missing this. Outside of my marriage and my family, there isn’t really anything I burn for like Mrs. Jenkins burns to sing. The stuff that I might have pursued has either been systematically taken away by injury (golf) or circumstances beyond my control (CrossFit). I do get to watch this magical phenomenon on a daily basis, though. Beth had long yearned to ride horses. When our kids had gone off to college, she finally had her chance. The barn is her happy place. A funny thing happened for her that makes our collective experience very different from Mr. and Mrs. Jenkins. Beth started to get good along the way to a “time-filling hobby for a 50-ish homemaker.” I mean good enough that even a knuckle-dragging ex-CrossFitter spouse could see the difference. Good enough that she outgrew her horse’s ability, necessitating first an effort to breed a successor and then an epic trip to Spain to import her new partner.

Doing the work has never felt like work for her — that might define passion, eh? — and there has been a payoff: She is still getting better at riding. This weekend she achieved what 15 years ago would have been unimaginable: she earned a bronze medal riding at a level that is at least five steps above where she started. As if that isn’t enough, she got her first score above 70 (trust me, a big deal) riding her horse Hortelano to music in the discipline known as Freestyle. Again, a level higher than she ever expected to compete. Sixty-one years old and still riding her passion to new heights.

I am equal parts awestruck and jealous.

As for me, as I shared with all who asked at the party that night, I will go on in search of that thing that makes me want to put everything aside and just do. That thing that I might “retire to.” You think about singing for Foster Jenkins or riding for my wife Beth when you are doing almost everything else. If you are one of the lucky ones who’ve already found yours, I extend to you the same jealousy and mad respect I have for Mrs. Jenkins and my wife. For those of you who are like me, I wish you good fortune in your search and remind you that the search is worth the effort.

Never, ever, ever let anyone tell you that you cannot sing.

Darrell E. White is an ophthalmologist. 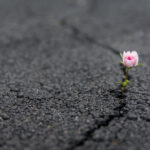