As doctors, we have all been guilty of anchoring bias, which means we put too much weight on the first complaint. When a patient presents to the clinic with a complaint that sounds vaguely like a headache due to a sinus infection, we whip out the script pad and write a script for Augmentin. We tell them to return if they are not better in two days. That latter statement is important. We are hoping it is simply sinusitis and nothing more exotic.

I have been on the receiving end of this lackadaisical medical care. I was having painful cramps on the left side of my lower abdomen. I recall that it hurt when the cat worked across my stomach. I also had irregular menstrual bleeding.

I went to a walk-in clinic at the university. I shared my symptoms with the physician assistant. She asked if I could be pregnant. I told her I was infertile because I hadn’t been able to get pregnant again after having my first child. She took me at my word.

Not a good idea, in hindsight.

She gave me a seven-day course of Flagyl, which is used to treat a sexually transmitted disease or bacterial vaginosis, neither of which are accompanied by pelvic pain. I’m not sure what she thought she was treating. I was married and monogamous. I remember I took the meds as prescribed.

Then I went on a road trip to see Graceland in Memphis. During the six-hour drive, the cramping got worse. I had to forgo going to Beale Street. When I got back home, I finally went to the OB/GYN clinic. They did a pregnancy test.

The clinic called me at 9 a.m. the next day and told me I had tested positive for pregnancy.

My joy was dimmed by the fact that my symptoms were diagnostic of an ectopic pregnancy, where the egg implants in the fallopian tube by mistake.

I ran into a friend on my way to the medical center. After she greeted me, I burst into tears and told her of my appointment with the OR. She offered to keep me company as I went through the ultrasound and as I got wheeled into the OR.

When I woke up four hours later, my left fallopian tube was gone. And I felt like I had gotten kicked by a horse. I asked for and got some pain meds. Things improved from there.

With exquisitely bad timing, I started medical school two weeks later. The anesthesia was still getting metabolized. I had to take a nap every day at 1 p.m., but I also had biochemistry lectures at 1 p.m.

I had trouble standing up. Major abdominal surgery can do that. Anatomy lab was a challenge. For one thing, I had never taken anatomy before. For another, I could not stand up for long enough to survey the array of body parts displayed on the dissecting tables. But I got by.

The provider I had seen in the walk-in clinic was a new graduate of a PA program. She did not know what she did not know. She was throwing out the most common treatment when a woman presents with vague GYN symptoms.

This can be a problem with non-MD providers. They may not understand the extent of a differential diagnosis, which you need to refer to a specialist if you are out of your diagnostic depths.

This is true for us physicians as well.

There is no shame in saying, “I do not know what is wrong with you. I am going to refer you for further testing.” The neurologist can jump in for the patient with difficult-to-treat headaches. Sometimes it’s due to a brain tumor.

And sometimes, the woman who says she is infertile is mistaken and has an ectopic pregnancy. And she then goes on to have two more children during medical school, on the strength of a single fallopian tube and a supercharged single ovary. But that’s another story entirely.

What a lifetime of gaslighting by other doctors feels like

The promise of change 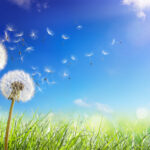