While sitting in a small conference room during a lecture the morning of the event, my professor chuckled while clutching his phone. He looked up and around at all of us, remarking that his friend had texted him about the Trump supporters waiting outside for the rally to start; the message read, “Jesus, the maggots are already here!” My professor laughed again, most of the students laughed, and some others just looked a bit surprised at hearing some of the harshest language our teacher had spoken all semester. We quickly moved onto the topic of the day: discussing an article that linked increased melanoma rates with tanning bed use.

I attend a medical school that teaches patient-centered care starting from the very first day. We enter primary care clinics in the first semester, where we learn to work closely with medical assistants and nurses. We attend mandatory seminars on cultural competency, implicit biases, and microaggressions. Our student organizations are incredibly active both on- and off-campus, especially ones that focus on minority and historically oppressed groups. Our simulation labs are utilized on a weekly basis. I have heard multiple peers jokingly critique our school, claiming that they’re only interested in producing family physicians. They instill a mission-centered mindset into their students, and their students respond in-kind. We are students that care deeply about our patients, and our residency placements show that commitment.

But there’s a problem with this patient-centered story; 62,984,825 people voted for President Donald Trump in the 2016 election. Yes, Hillary Clinton won the popular vote by millions of votes, but that is not the point of this article. The point is that every single person in the room that laughed at calling Trump supporters “maggots” will take care of many Trump supporters in their clinical careers. In fact, Donald Trump won 52 percent of the vote for those aged 65 and up, an age bracket that commonly utilizes most of the health care in our country. They will take care of MAGA hat-wearing patients that walk, crawl, or get wheeled into their emergency departments, clinics, and hospital rooms. They will have intimate, tragic, and perhaps elating moments together with these patients, because that is what doctors do; they take care of anybody and everybody, regardless of skin color, nationality, ability to pay, or — gulp — differing political viewpoint.

I don’t have any concerns for my professor; if he is willing to share such sentiments in a classroom with students, then he is too far gone. The fact that he is an epidemiologist, a researcher who studies and analyzes patterns of disease in a population, relieves me a bit because I know he has relatively little contact with patients.

But I worry for my peers.

I worry for their implicit (or explicit) biases when they take care of the patient who wears a red MAGA hat. I worry for their thinly-veiled judgment and disgust when they counsel the older patient who can’t stop talking about how Alexandria Ocasio-Cortez is ruining America. I worry for them, because we took an oath to give our best to every patient under our care. And for all the cultural training we receive at my medical school, not once have I ever heard a professor, administrator, or peer discuss the biases present when taking care of a patient with a differing political viewpoint.

Oh, and just to be clear? I’m not a supporter President Trump. But at least I can see my fellow Trump supporters as citizens in this life journey together – not maggots. 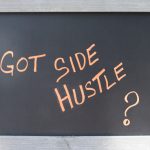 Narcotics are not necessary for recovery after plastic surgery 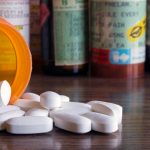