#Medbikini started trending on twitter after a scientifically written article published in the peer-reviewed Journal of Vascular Surgery examined social network behavior.  The article entitled, “Prevalence of unprofessional social media content among young vascular surgeons,” intended to objectively and scientifically provide answers to “evaluate the extent of unprofessional social media content among recent vascular surgery residents and fellows.” In short, social media accounts were created by investigators and then used to search and analyze the platforms of young surgeons for “unprofessional behavior.” This data was then collected and analyzed further by screeners and submitted to the editorial board at the Journal of Vascular Surgery for review.  Those editors then approved the article for publication (which has since been retracted after the firestorm).

The unprofessional behavior was deemed to be HIPAA violations, intoxication, unlawful behavior, possession of drugs, profanity, or offensive comments about work.  Potentially unprofessional content included:  holding alcohol, inappropriate attire, censored profanity, controversial political or religious comments, and controversial social topics.  Inappropriate attire included pictures in “underwear, provocative Halloween costumes, and provocative posing in bikinis/swimwear.” The crux to the outcry is that the criteria were created by the authors themselves and was, therefore, flawed.

One could argue that unprofessional standards on social media exist and need to somehow be objectively created.  However, having authors and investigators create their own definitions and then judge their own peers using their own standards is inherently biased.  For example, one standard of unprofessionalism now trending on twitter is the wearing of a bikini by a young surgeon. This standard is directed solely toward women. A bikini, by definition, is a very brief two-piece swimsuit for women.  The word provocative also elicits imagery solely of women. Its second definition: arousing sexual desire or interest, especially deliberately, sexy is also inherently sexist.  I would tend to think that the investigators did not find males wearing bikinis on social media and therefore weren’t considered unprofessional.

The article, perhaps, well-intentioned, has now been lambasted, and letters to the editors have swiftly poured in despising the biased scientific method toward both a new generation and women with which this study was done.  Subtly and scientifically writing a well-intentioned article has unmasked an apparent bias towards those that don’t fit the mold. While outward culture in the OR and on rounds has changed, the underpinnings of differences still deem those that aren’t stereotypical vascular surgeons, somehow, unfitting.

Is now the time for single payer? 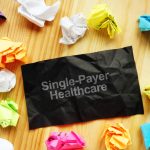