It was a Monday two years ago. I was still fresh from coming back from having been out of school from a COVID break. I was no older than 22, and I was in my pediatrics clerkship. I was greener than a freshly watered lawn, and I felt every bit of it. It was one day into this rotation that I met Adam.

He was a 7-year-old boy the size of a 9-year-old presenting for kidney failure and was now being medically managed after a successful kidney transplant. I was utterly confused about his entire story. Having faced homelessness for the majority of his life and having had limited access to medical care, we were all at a loss in trying to figure out why Adam’s kidneys had failed. We assumed after a battery of tests had been run that Adam had had an inappropriate exposure to something, causing his kidney failure.

However, we were fortunate to find an organ donor quickly, and he began to recover quickly. However, after appropriate titration of antirejection medications, his hospital stay was prolonged for one reason: social reasons. Adam and his mother had almost never had a stable home and were consistently moving between various states and commonly couch surfing. Adam had no idea what grade he was supposed to be in, but he was smart and, along the way, had figured out how to read and fix various things that were broken in their homes. They had few resources and a limited number of people to turn to. As a result, Adam spent most of his hospital stay alone. The one person who consistently care for him was me—to the point where shift change nurses commonly mistook me for his mother. I often overheard them saying things like, “They said that the mother is not involved, but she is at bedside multiple times.”

In the setting of his mother’s poverty, there were multiple times when Adam’s mother was unsure of whom they could turn to and proceeded to ask staff and other families for money just to survive so she could be back and forth between the hospital. Like most people who are just trying to survive, Adam’s mother’s participation in his medical care was God awful. She slept through rounds, barely asked questions, and was infrequently available for injection teaching for medications her son would need to go home with. She didn’t have a refrigerator. She wasn’t sure where either of them would get their next meal. She was banned from the hospital even for engaging in activities to try to survive and bring in money for herself and her child. After that, that was the last time Adam saw his mother.  Once I knew he would not be seeing her again, I asked him how he felt about living with his mother. He described her as fun and loving. He knew they had limited resources, but he never faulted his mother for that, and he told me how much he loved spending time with her and wished to go home with her.

When it became clear that she would not be able to return to the hospital, a discussion ensued in which staff found her to be unfit and as a result of that lack of fitness, they initiated the process of terminating her parental rights and beginning foster care planning. Having never had a stable phone or address, it is unclear if she ever really knew her child was being taken from her. Multiple notes in Adam’s chart only documented that they had tried to call and did very little to reach out to other known family members. I remembered hunting myself for hours trying to find another adult who cared for him and finally found an older sister he loved. I provided this information to the care team, but from their notes, it’s clear that they did not even reach out to her and ask if she’d be willing to take him in—despite the fact that she had told me, and I had documented in our conversation, that she would rather adopt him herself than have him go to a stranger. She expressed stable housing and understanding of his medical needs and even presented for injection teaching.

Reading through paperwork, I looked to see what the investigation had looked like to determine whether or not Adam’s mother could care for her son, and one thing was glaringly obvious: we had never asked what we could do to help her. It had never dawned on us to question whether we could help her get stable housing and financial support to help protect her as well as Adam. We didn’t go through with her tirelessly the potential resources we might be able to offer her. We never wondered whether the psychological distress of losing his health and his mother all at the same time would be too much for Adam and whether or not there was something we could do to mitigate that distress.

I check on Adam regularly, sometimes more if I am feeling worried. It turned out that another family had adopted him. This appears to be good and designed to protect Adam. But I wonder quite frequently if we did any good for this child at all. Upon reviewing his medical records, it would appear as though Adam is happy. He appears to be doing well in his new family. But I wonder every day whether there was a way that he could have been protected in his own home with his mother. I will never forget how he attached himself to me, and I attached myself to him, being the only family he had in the hospital. I wonder if this new family is significantly better than his family before and if there would have ever been a way to reunite them. Since he remembers his mother and siblings, I wonder if he gets to see them and misses them. I wonder if, in medicine, we can stop being so neglectful in removing ourselves from situations that involve legal proceedings outside of our medical expertise and instead ask the hard questions. I wonder if we can ask the explore the possibility of providing resources so that this child could be in his home with his own mother and be well at the same time.

While I am sure that the new adoptive family is lovely, I also wonder how Adam’s mother feels that her child was stolen from her. I wonder how she feels about the fact that we promoted her son being stolen from her during her son’s admission. I wonder—and suspect I am right—if this has irreversibly eroded her trust in the medical system and how this will impact her seeking care for herself in the future. I know that we have harmed her irreversibly. I am not sure that the end of seeing good things happen for her son truly has justified the means.

The name of the patient and details of surgery and illness have been changed to protect patient privacy.

Black female physicians and the bias against them [PODCAST] 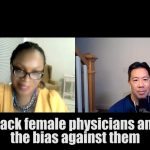 Use a little compassion: How we treat and support each other is important 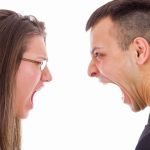