Family lore recalls that my grandfather, succumbing to stomach cancer in the mid-1960s, “died addicted to morphine.” Decades before the AIDS crisis sparked the hospice and palliative care movements, the confluences of pain, dependence, and addiction were confused and regrettably moralized. Since then, the science has excelled, but our clinical understanding of how pain and addiction intertwine remains limited by stigma, assumptions, and the separation of the underlying science that connects these distinct conditions. By unifying the disparate disciplines of pain and addiction, we can engage their combined wisdom to best help patients through difficult times.

The pain and addiction specialties often complement each other in under-recognized ways. While pain management has long utilized extended-release medications to stabilize pain throughout the day, addiction treatment similarly utilizes long-acting agents like methadone and buprenorphine to mitigate problematic behaviors associated with short-acting opioids (Purdue Pharma’s obscuring of the low trough levels that made long-acting OxyContin so famously addictive is the sort of “exception that proves the rule,” sparking problematic pain and withdrawal symptoms all at once. While insomnia may be outside of the pain service’s realm, an addiction specialist might recognize adrenaline-driven opioid withdrawals as a crucial contributor to poor sleep and anxiety. Similarly, depression may not fall under a pain clinic’s scope, thus the common role of opioids as depressants may not be recognized – nor the paradoxical role of opioids in mood elevation among select patients. Addiction providers were closely attuned to the threat of opioid overdose long before pain management practices caught up to that danger.

A common complication of opioid use, opioid-induced hyperalgesia (a central sensitization syndrome that causes even mild stimuli to be felt as pain), particularly illustrates the need to combine both fields’ wisdom to optimize patient outcomes. Historically, pain clinics have responded to increasing pain with higher opioid doses that may worsen OIH symptoms. Contrarily, many Suboxone providers recognize buprenorphine’s role in alleviating the vague but distressing symptoms of OIH. In my experience, primary care providers licensed to prescribe buprenorphine for opioid addiction are often the first to offer buprenorphine to pain patients who are experiencing predictable consequences of opioids long before they meet the criteria for substance use disorder.

At the same time, there are many ways that the pain and addiction fields can interact more effectively. In the basic sciences, medical trainees should be taught the pathophysiology common to both pain and addiction, recognizing that prescribed and illicit opioids follow the same core pathways, albeit with altered outcomes when illicit supplies are adulterated or subject to varying availability.

In clinical practice, buprenorphine – historically a medication for pain before it became a mainstay of opioid use disorder treatment – can be offered to mitigate OIH when appropriate, as well as to reduce opioid tolerance prior to planned invasive procedures (I have routinely offered chronic opioid patients a transition to buprenorphine in the weeks before surgery to help maximize opioids’ effectiveness in the perioperative period). The myth of “rock bottom” should be set aside in favor of recognizing problematic dependence and diverting patients to buprenorphine before red-flag behaviors evolve into full-blown substance use disorders. Buprenorphine should be considered in lieu of opioids for pain patients who are also dependent on benzodiazepines; while considered unsafe in conjunction with benzodiazepines, buprenorphine is still grossly safer than sedatives plus pure opioid agonists. Buprenorphine tapers could be offered after medium-term opioid use following severe injuries and surgeries; in his 2019 account of a motorcycle accident that shattered his ankle, bioethicist Travis Rieder describes his frustration in seeking a medical provider versed in transitioning acute injury patients off opioids – a process that could have been handled readily by a provider versed in buprenorphine tapers.

Finally, addictive potential should always be considered as novel agents like ketamine come into practice – not to deny their utility, but to effectively balance risk with benefit (I trained under a physician who was old enough to remember being skeptical when Xanax was marketed as the less-addictive alternative to Valium in the early 1980s, a claim that is laughable forty years later).

Though pain and addiction are necessarily separate diagnostic categories, the pathophysiology of opioids is almost indistinguishable, whether prescribed or used illicitly. By choosing opioids as a first-line pain approach for several decades, American medicine has neatly bridged the biochemical gap between pain and addiction – leaving patients vulnerable to unsafe dosing strategies and bewildered by sudden mandates to taper down medications they have received for years. Pain and addiction patients would benefit from the tighter collaboration between the two disciplines, not to reinforce the sort of stigma and regret that my family lived with after my grandfather’s death, but to normalize the understanding of how opioids function in human bodies and to maximize their potential while mitigating their ultimate harms.

The answer to hate speech or false speech is not censorship 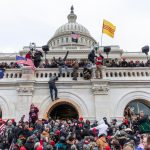 Grief during the pandemic