An excerpt from About Natalie: A Daughter’s Addiction. A Mother’s Love. Finding Their Way Back to Each Other.

I look around at the pale walls of the emergency room. Yes, we are back here. Not for an overdose, but this time for an abscess so severe from injecting needles into her arms that it will probably need an operation.

I think back to the first time I ever brought Natalie to an emergency room. It was my fault. It was an odd accident. I had lifted her out of her car seat, grabbing my purse and a bag of groceries at the same time while turning and closing the car door and in doing this I also closed Natalie’s foot in the door. I didn’t know that I had done it until I pulled away and couldn’t go any further because she was caught. I actually had to open the door with the handle to release her foot.

For me, it was horrific. For Natalie, less so, because while she fussed, she wasn’t nearly as hysterical as I was. I immediately put her back in the car seat and headed to the hospital. All my arrivals at the emergency room are frantic, and this one was as well. But I guess that’s common. Which is why they have to weed people out according to severity and even have signs explaining that this is not a first-come first-serve establishment.

After I explained the reason we were there and frantically waving Natalie’s chubby little foot at everyone who would look or listen, I was escorted back pretty quickly.

Natalie was still relatively unfazed, but I was about as fazed as a mother gets. So, I think the reason for the prompt service was more for me than for her. Relocated to an exam room, I was still waving Natalie’s extremely cute and chubby foot, which now had a white line across it, for the ER doctor and the nurse with one of the best poker faces I have ever seen. I overexplained the event again and again, adding a confession of how I was the worst mother on the planet. I was on an endless loop of recounting this unfortunate event, as well as my admonishment of my poor mothering skills, and was grateful when the doctor stopped me.

Viewing both of us as his patients at this point—and apparently evaluating me as the more critical one—he explained that he knows a bad mother when he sees one, and I was not one. I decided I liked him and that he was handsome.

Then he explained to me that Natalie’s bones were not fused yet and her foot was not broken or in need of amputation. (He said this last part as a joke, but wasn’t it polite of him to clarify this very real fear of mine?) He said that it wasn’t even badly injured or even injured at all. I really, really liked this guy. He explained all of this while bouncing a now-happy Natalie on his lap.

Natalie struggled to break free of his grasp, pulled at his glasses and stethoscope and, for some reason, kissed his right ear. He didn’t seem to be fazed by any of this. He explained that at most a dropper full of Baby Tylenol before bed was the most Natalie would need. He winked and smiled at Natalie and me from the doorway, saying, “Carry on, ladies.” OK, now I was full-on in love with this guy.

The previously stoic nurse lightened up and invited Natalie and me to sit at the nurse’s station while she prepared the discharge papers, mostly because that is the direction Natalie ran when the doctor stopped struggling with her and put her down.

Corralled in the enclosure, Natalie climbed the desk drawers to get on top of the desk, walked tightrope-style across the counter, and spun on every available swivel chair.

By the time we walked out of the emergency room—or I should I say “ran,” with me chasing after Natalie through the automatic doors—we were the talk of the ER, and they all waved, laughed, and wished us well.

In the same ER, twenty years later, I perk up when the doctor comes into the room. He looks at both of us sympathetically, greeting Natalie in the bed and me in my usual post in the chair. Then he says something amazing: “Hi Natalie. I am sorry that you are here. But I am happy to care for you.”

It is one of the kindest, most telling phrases I have ever heard spoken. Within those two simple sentences, I also hear, “I am not judging you. And I am here for you.” His low tone tells me that he is compassionate and sincere.

He gives Natalie the best he has. He examines her finger and confirms it will need a procedure but wants to have another doctor take a look at it. He doesn’t run out of the room.

So many people run away from people with Natalie’s resumé. Instead, he lingers for a few moments, offering some assurances and really seems to mean them. He smiles and even reassuringly touches her leg through the blanket before he leaves.

“Nice guy,” Natalie says softly after he is out of the room. I nod in agreement.

To prove that many people really have chosen the correct profession for themselves, the second doctor is equally as amazing. Like the first, he greets us both warmly and sits down in the chair on the opposite side of the bed, acting like he is in no hurry. Acting in a rush only makes everyone nervous. Ironically, it doesn’t speed things along.

He sympathetically cocks his head sideways, trying to meet Natalie’s averted gaze. She is obviously embarrassed as he gently asks her questions. He has told her that he just wants to understand her a bit.

Natalie becomes agitated and emotional, blurting out, “There’s really not much to me. I’m just a junkie!” I flinch at the sound of my least favorite word in the world. The doctor seems to cringe, too.

“Naaah …” he says shaking his head. “Don’t call yourself that. And you are more than an addict, Natalie.”

His kindness overwhelms me. Unable to speak, I hope that, somehow, he feels my gratefulness.

Natalie answers his questions more easily, feeling his acceptance and compassion. Before he leaves, he gives her hand a squeeze. I know and respect all of the important reasons that medical professionals use gloves, but sometimes it helps to feel that someone isn’t afraid to touch you.

Once alone, I pull my seat closer to the bed and lay my hand on Natalie’s hand. “Good guys, huh, Mom?” she asks softly.

I agree, then tell her, “And you are a good girl.”

Christine Naman is a writer and author of About Natalie: A Daughter’s Addiction. A Mother’s Love. Finding Their Way Back to Each Other.

Ahimsa means do no harm, including doing no harm to ourselves 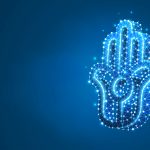 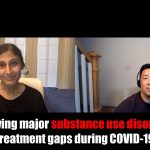