The third and fourth year of medical school are ridiculously difficult, but not for the reasons you think. Culture matters. Everyone and every specialty is distinct and it’s on you to effortlessly navigate all of the people and their respective idiosyncrasies. Although people are all individuals, each specialty seems to have their own overarching spirit.

Surgeons do not respond well to the bleeding heart types. Instead of complaining on rounds about how Ms. Sally hasn’t pooped for three days which is causing her to have stomach pains that distract her from her stories, be succinct. “Ms. Sally hasn’t pooped since surgery. I would suggest a laxative.” It gets your point across, and you avoid putting the team an hour behind on rounds.

On neurology consults I was on with Casey. She was a straight shooter from Jersey who knew her stuff but didn’t take forever when presenting patients, so I liked her. One day we were all sitting down with the attending to go over the cases for the day. The attending addressed me to say, “Jennifer, why don’t you present on post-stroke management for us tomorrow.” As I poised myself to verbally acquiesce, Casey chimed in, “I will do it after all of the stroke patients.”

Um, we’re on neurology. So, 75 percent of the people on service have a stroke. 75 percent. Also, did she just hijack my assignment? I am the least subtle person in America so after we dismissed, I went up to Casey and said, “Hey, Casey. You sort of bogarted my assignment, what’s up?” She looked completely confused but I stood my ground to see how she would play it. “It was my patient; do you want the assignment?” I was about to retort before I decided to consider cost-benefit ratio for the first time in my life. I could take it there, but it wouldn’t matter … except that Casey and I wouldn’t be cool anymore. Medical school is hard enough without discarding one of the few people I could commiserate with. I told a few jokes, and we were laughing until we both got to the parking lot.

When I told K and D about it at lunch they were unsurprised. “Erika and Dennis have been having a bake-off on internal medicine,” K laughed.

He continued, “I stayed late, like, until 10 p.m., and you know what the intern said? Dennis is such a great med student; he brought cookies!” We burst out laughing. “When did baking make it onto the evals?” D exclaimed. She continued, “I ain’t baking a thing, and if that makes me miss honors, I’m good.”

Easy for D to say, she could take a test like nobody’s business, and while K and were affable, we were the academic B team. After schmoozing with patients all week, we could barely scrounge up the energy for all-night study sessions. When we did convene to study, we spent one-fourth of the time cursing our stingy primary care docs for not diagnosing us with adult ADHD and supplying us with stimulants.

Once class rank was released for the year, I realized that I had fallen. I had hoped third year would be a boost! Didn’t every evaluation say I was excellent with patients and a pleasure to work with? The end of rotation exams had ruined my chances of ranking highly, but I guess P=MD? Every now again I allow myself to be vulnerable enough to admit that I wish it wasn’t all about grades, but I guess you can’t measure empathy. One might expect me to turn around and present a nuanced evaluation algorithm that solves the “problem” of subjectivity, but I view it as a series of learning opportunities. Life isn’t fair, and frankly neither is medicine.

Is "doing everything we can" at the end of life doing too much? 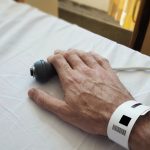 7 tips for branding: What doctors need to know 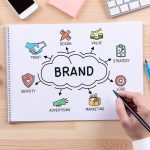