Recently surfing the far reaches of Netflix for a program on World War II that I hadn’t yet seen, I found a low budget serial documentary dealing with air power in war and in peace. The producers profiled individuals who had contributed to the eventualities of the airplane as a weapon of war or, conversely, as a beacon of man’s progressive evolution from terrestrial prisoner to celestial astronaut.

One of the men profiled, from the roster of the likes of Amelia Earhart, James Doolittle, Richard Bong, and Charles Lindbergh, was South Dakota Senator and World War II bomber pilot, George McGovern. The progressive senator was trounced by Tricky Dick Nixon in the 1972 presidential election, only garnering electoral college votes from the state of Massachusetts and the District of Columbia and losing the popular vote by 60 million ballots cast. Such was the fate of the prophet preaching immediate peace at a time when America was uncomfortable with losing a war it had not yet realized it could not win.

Having seen the horrors of war up close in the cockpit of his B-24 Liberator, flying thirty-five missions over war-torn Europe, winning the Distinguished Flying Cross by stalwartly piloting his Dakota Queen through thick flak and against Germany’s finest fighter aircraft, he was loath to sacrifice any more of the youth of America in the far off jungles of Southeast Asia. He was branded as soft on communist aggression and too far left to be trusted with the reins of foreign policy in the midst of America’s insistence on beating back Communism.

But as a surgeon who, like the bomber pilot, sees death frequently enough, I was moved to tears at a story he told during this show. He was returning home after flying a mission into Austria when one of the large five-hundred-pound bombs got stuck on the bomb racks in the belly of the airplane. Unable to close the bay doors, McGovern was forced to fly low and slow as the crew frantically tried to loose the bomb from the rack so they could safely land the plane in Italy. At high noon, he recalled, flying over the Austrian countryside,  some of the crew were finally able to scuttle the sticky pin keeping the bomb on board. Though rid of the Damoclean sword, his relief turned to horror as he saw his petard fall earthward and seek out the small cottage of an Austrian farmer whose inhabitants, likely tucking in for their noon meal, feeling safe from the bombs and rockets devastating the urban centers elsewhere, were almost certainly done in by his errant weapon of war. The thought of bombing the bucolic residence, so similar to the farmhouses in rural South Dakota, and killing or maiming an innocent child or loving grandmother, haunted the young man for decades. The incident was etched in his memory, image for image, like a nightmarish Movietone newsreel, playing out in the future senator’s shocked cerebral cortex.

Though nowhere near as heroic as Senator McGovern, until there are magic bullets discovered for operable disease, surgeons will be plagued with the possibility of heartbreaking operative morbidity. Every red line I etch on someone’s epidermal canvas brings the possibility of unintended consequence. After twenty-seven years of practice, I see my own mistakes, my common bile duct injury, my colon leak, my thirty-day death, play out on my own Movietone projector, all unintentional wayward bombs bringing destruction, even death to the innocents when disease was the real target of that day’s foray.

Many years later, McGovern, while still loath to retell the horrors of war publicly or privately, gave an interview on Austrian television recounting the impact America had on the war and the recovery in Europe. He told his story of the accidental destruction of the farmhouse and the family that must have perished and how heavily this weighed on his mind. The raid was callously juxtaposed to the happiest news he could imagine upon returning to base. A grinning captain notified the stunned aviator that news had arrived that he was now a dad, father to a healthy baby girl back home in South Dakota. His emotional state that day could hardly have been more ambivalent; joy from home, opposed by utter despondency from the cockpit keeping him so far from that home.

A few days later, an elderly gentleman phoned the TV station, asking them to tell that American senator not to worry any longer about that bomb. It was his house that the Dakota Queen had obliterated, but because they were flying so low and slow, his family had had time to seek shelter, and no one was injured in the errant high-noon explosion. Yes, his house had been destroyed, but given his hatred of Hitler, he gladly forgave the U.S. Army Air Force, if, in their attempts to rid the world of this tyrant, a few Austrian farmhouses were sacrificed.

Forty years of steady, gnawing unknowing in McGovern’s psyche were relieved that day. It’s a feeling I am vaguely familiar with; I feel some fraction of that angst when we close an incision and some semblance of that solace every time a challenging patient with a big operation goes home. In opening that belly, on that person, frail with the sharp vicissitudes and inflammations of hard living and lost youth, we install the bombs on the rack meant to attack the disease in the patient. But the delivery isn’t always pickled perfectly. The unexpected complication, especially in an elective case, always feels like I have done something wrong, like I have bombed the farmhouse instead of the munitions plant. And there is no good news, not even a birth announcement, that takes the sting out of that feeling. Only time, hopeful recovery, and patient understanding can salve that chancred soul. Perhaps it’s a sign of age or experience, having uncovered a few of Donald Rumsfeld’s unknown unknowns, (the blissful ignorance of such, enables the bravado of a young surgeon), but I find myself seeing what can go wrong for a patient rather than what can go right.

I take some solace in knowing I am in good company. Dr. Thomas Starzl, father of liver transplantation and minor god in the pantheon of surgical persona grata, fell to the floor of his office one day, with chest and jaw pain and in the throws of an obvious cardiac ischemic event, noted to himself, “Thank God. Now I have a good excuse not to operate anymore.”  The legend of liver surgery had unexploded ordnance in his bomb bay as well.

But when I saw the senator from South Dakota almost weep for joy at the learning of his exculpation from sin, I wept with him. Tears filled my eyes as the thrall of his guilt lifted from the broad shoulders of his soul was every bit as meaningful to me as it was to himself. The patient I was certain I had screwed up on, is going home, with only an inconsequential bit of collateral damage, his bile leak controlled, just a trickle from the cystic duct stump.

I wonder what the next mission will bring. I hope it’s a milk run.

Arthur Williams is a general surgeon. 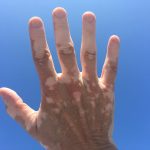 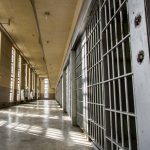