Surgery to remove the gallbladder is a relatively late intervention.  The first laparotomy was performed in 1807 in Danville, Kentucky, and surgeons like Billroth and Kocher, were removing thyroids and even parts of the esophagus as early as the 1870s; the pricklish gallbladder was not completely excised until 1882. For years previously, the medical and surgical dogma was that the gallbladder was an essential organ and couldn’t safely be removed. Treatment centered around opening the gallbladder and removing the stones or creating a fistula by sewing the opened gallbladder to the skin, like a colostomy. (Only called a cholecystostomy.) This relieves the infection and gets rid of the stones but leaves the patient with a hole in the belly spilling caustic bile onto the skin, trading pain and misery for lifelong mess and aggravation. Dr. William S. Halstead apocryphally performed the first successful cholecystostomy in America, on his mother, on her kitchen table. She lived another year and a half but repaid him genetically by leaving him with the predilection for forming stones in the gallbladder and common duct.

And I think this speaks to the peevish nature of this little gland. Pound for pound, it must be one of the deadliest organs in the human body. Pancreatitis, cholangitis, biliary peritonitis, carcinoma, acalculous and calculous cholecystitis, and torsion are just some of the horsemen of the physiologic apocalypse lashed to the little bile bag in the right upper quadrant (not to mention surgical iatrogenia). I can just imagine these first operations for cholecystitis with the patients at their wit’s end, having experienced chronic, smoldering, cementitious inflammation and infection. Their gallbladders must have been thickened, scarred, inflamed, and full of pus, white bile, and blood. Removing these gallbladders would have been difficult for an experienced, modern-day biliary tract surgeon.

So, it’s easy to understand how the treatment began with a relatively straightforward procedure like simply opening the gallbladder and removing the stones rather than excising the whole bloody thing. But even with this seemingly simple procedure, the mortality was around twenty-five percent.

Then along came Carl Johan August Langenbuch. He was head of the Lazarus Hospital in Berlin from 1892 to 1901. He was familiar with two-hundred-year-old literature that found it was safe to remove the gallbladder in animals and agreed with his medical colleagues that the gallbladder itself was responsible for stone formation, an idea that was not universally accepted by surgeons.

He worked out the operation in humans in the cadaver lab for several years before trying it out on his first patient in July of 1882. His patient was forty-three years old, and in his long-standing battle with this aggrieved organ, had lost eighty pounds over sixteen years and had become hopelessly addicted to morphine. Thanks to Dr. Langenbuch’s fastidious preparation and, despite his overzealous use of the preoperative bowel preparation, with a five-day enema-palooza for the poor patient, the operation was a resounding success. The gallbladder was completely excised with only a minimum of blood loss, in much the same way it is performed today by surgeons who elect to perform the procedure in the conventional, open approach. The patient was sitting up in bed the next day, smoking a cigar without a right upper quadrant care in the world, except for the occasional twinge of pain from the incision. The patient might have felt like Lazarus himself, raised from a seeming right upper quadrant death of a thousand calculous calamities. In six weeks, he was discharged, gaining weight and without pain, reportedly thumbing his nose at the Lazarus Hospital Utilization Review Committee before discharge.

Like any good surgeon, he published his results; eleven of the first twelve cholecystectomies survived the operation and were free of pain and symptoms. Compared to the twenty-five percent mortality associated with simple cholecystostomy, Lagenbuch’s open cholecystectomy was a definite win-win. And thus, a legend was born; well, not really. Lagenbuch is not exactly a household or even a surgical on-call room name. He has become a much lesser demi-god in the pantheon of surgical heroes, like Billroth, Kocher, or DeBakey, subject to the vagaries of time, technologic advancement or the manuscription of history that relegates brave pioneers of their field to the relative kick-bucket of collegial vindication.

The mortality of cholecystectomy continued to decline but never, ever will it get to zero. Even in today’s hyper technologic climate of minimally invasive, robotic surgery, the mortality of cholecystectomy is, in the United States, conservatively around 0.5 percent. That’s great you say; only one in two hundred people will die from having their gallbladders removed. But over 500,000 people have their gallbladders removed each year. That sad sack of an organ is still killing over 2,500 patients a year. It killed Andy Warhol, Pennsylvania Representative John Murtha, and William Halstead, the grandfather of American Surgery.  And there are likely even greater numbers that die who are either too sick for an operation or never make it to the surgical consultant.

Carl Lagenbuch, the gentleman who pioneered biliary tract surgery, died in 1901, at the ripe old age of 54 of neglected and perforated appendicitis. Though the details of his death aren’t entirely clear, I suppose denial is a strange cognitive bedfellow and likely played a part in his demise. Even from the beginning, surgeons, even (especially) pioneers in surgery, have always been horrible patients. 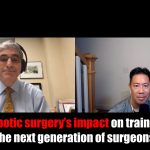 The pediatricians are not alright 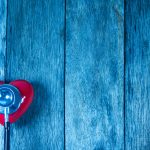