I am in a select crowd.

I have been fortunate enough to help some special people in their time of pain and heartache and bewilderment, facing operation or cancer or other ailments. I was fortunate to even get into medical school when I did; my grades weren’t too good, and no doubt in my mind were I to apply today, I wouldn’t have a snowball’s chance of getting into medical school. I was very fortunate to have a father in medicine. Though many med students have a relative with a career in health care, not many have someone in academic practice, and even fewer decide to pursue a career in the same field.  So, there are just a few who follow their fathers into academic surgery and only a handful that gets to scrub in a case with the old man. Did I mention it was a liver transplant?

Our household was inured to the vagaries of transplantation. It wasn’t simply transplanted organs, the numerous kidneys, the heroic, middle-of-the-night livers, and even the occasional small bowel allografts. As family to that surgeon, we were transplanted from one town to the next, on a far too frequent interval, when egos clashed, or research budgets tantalized the bedouin physiology of that academic pioneer. He trained under the godfather of liver transplantation, Dr. Thomas Starzl, a physician, so motivated and so brilliant and so difficult, at a time when there were no fellowships, when hepatic transplantation was, as a therapeutic machination, squarely fixed in its screaming infancy.

So, to pursue that course, you had to go to Denver and kiss the ring for a few months to see how it all came together, and then go home and work it out in the dog lab. Apparently, if you could get a dog through the operation, with the canine physiology malignantly averse to the portal hypertension of the anhepatic phase of the procedure, you could make it work in a human. I guess that’s what they told each other. So, budgets being tight and the IRB non-existent, Dad hired my brother and me to play scrub nurse and pass instruments to the transplant surgeons in the dog lab. I was twelve years old. It was the craziest, most exciting job any preteen ever had, despite the sometimes harried yelling from the heads of the tables. It turned out to be good training for residency.

Fast forward a dozen years or so later, and I ended up on the transplant service at the home hospital of the medical school I found myself at. An unfortunate patient who had overdosed on acetaminophen needed an emergent transplant, and I found myself in the operating room watching the team “deliver” the recipient when the donor liver was unceremoniously delivered in the red and white cooler, the requisite, modern-day canopic jar for organ transplantation. My father strolled in to kick the tires on the new organ and ready it for implantation. He saw me and invited me to scrub with him to prepare the literal gift of life, wrapped in layers of ice and cellophane, inside that cooler.

It was a surreal game of catch on the back table in the corner of the operating room, with the cold slurry of salty, icy water bathing the organ, bereft of blood but hanging on to its ochrey tint from the retained, intracellular bile. He inspected the organ. Its accompanying vena cava, looking for leaks, small unidentified branches off the main vein from the hurried harvest of the donor organ, would be deadly if only identified when the clamps were removed after sewing the thing in place. I would hold the clamps while he tied the vessels off or kept the suture from entangling the metronomic weaving of his needle driver. He pimped me on the circulation of the celiac axis as I cut suture or pumped Wisconsin solution into the organ to test the security of the ties. He let me tie one of the bigger branches off and complimented my technique.

Later we stood side by side at the main operating table, and I watched him sew the hepatic arteries together. He sewed the back row and kibitzed while with the fellow on how ham-fisted he seemed to be on the front row. When they released the clamps and returned the liver to its ruddy, red-brown coloration, with all its bile-making and detoxifying glory restored, I understood why he did what he did. I only wish my brothers could have seen it. It melted away the unknowing, perceived slights of ball games missed and vacations interrupted to implant organs that no one else could be trusted with.

Twenty-five or so years later, I lament the fact that he can’t remember the time we spent together that night in the wee hours of the morning when organs seem to be most ripe for implantation. The man who has written over three hundred papers, a textbook, and introduced innumerous contributions to the field of hepatic transplantation can’t recall too much anymore, and I and my lifetime of medical training are powerless to do a damn thing about it.

In case you’re wondering, I didn’t name my boy Sue. I went into surgery, but so that I wouldn’t miss too many ball games or swim meets, I elected to pursue the nine-to-five world of dialysis access and general surgery for the federal government. I hope my kid gets to scrub with me to see that the old man handles a needle driver a lot like his grandfather did. Because my blessing is his curse, my son has a much tougher road getting into med school than I ever did.

For all the ups and downs of this simple story, I am eternally grateful for the blessings of this lived life. Even if I inherit his bad rub, I don’t think I’ll ever forget scrubbing in, on a big case, tying off a blood vessel on the back of the vena cava, and being praised for it by my old man.

“Dad? You want to have a catch?” Indeed. Only in an operative field of dreams.

Now, what did I do with my keys?

Duchess vs. doctor: Why Meghan Markle’s mental health matters to me 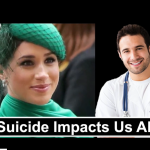 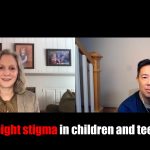 An operative field of dreams
4 comments