Most incarcerated individuals — over 95 percent of them — will return to their communities. Medical students have a unique opportunity, as a part of their training, to learn about the medical needs of this group and help provide care for a vulnerable population that has historically been abused. Moreover, prison health services have been shown to reduce the stigma of those in custody and foster social responsibility and favorable attitudes towards working with incarcerated individuals. There is also evidence that medical student placement in prisons can cultivate students’ awareness of the importance of working non-judgmentally with people in prison. Above all else, medical students should rotate through correctional facilities, simply because it is the right thing to do. Half of the incarcerated population have a diagnosed mental illness, and we should go where we are needed.

My elective at Augusta Correctional Facility was the most memorable experience I have had in medical school so far, but it was also traumatizing. I walked down the hall to the medical ward and young, familiar, kind, black and brown faces—faces that reminded me of my own younger brother—began to gather on the other side of the bars that gave way to the waiting room. In my head, thoughts swirled:

Had I seen you at a party before?

Do you know my cousin?

Through psychiatric interviews, I met young men from varied backgrounds who were honest about their medical histories and openly shared their stories. What I saw in the documentary 13th and read about in books like Just Mercy solidified right before my eyes. Adverse circumstances, some bad luck, and desperation lined every conversation I had with the men. In the U.S, we criminalize you if you are poor, have a mental illness or a drug addiction, or are unlucky enough to be born to abusive parents.

One inmate shared his worry for his younger teenage brother, whose opioid distribution is giving way to his own addiction. The inmate feared his brother would turn out to be just like him. I wondered to myself what resources are available to a poor Black boy in this situation, and given his demographics, if and what legal ramifications would follow.

The next week, I participated in the office-based opioid treatment clinic at my university’s hospital, treating mainly middle-class white adults with an opioid addiction. The opioid crisis has taken hold of White individuals from all socioeconomic backgrounds, and instead of sending people to prison, we have labeled the epidemic a public health crisis. Opioid addiction treatments are bountiful if you have the means and especially bountiful if you are white. However, if you are poor and Black, options are limited at best.

Another inmate I met at Augusta Correctional had refused the flu vaccine for this year, despite a handful of inmates with confirmed influenza at the time. I asked him about his vaccine refusal. He scoffed at my probing and replied that he was uncertain of what the vaccine consisted and conjectured that it was probably made with “old strains.” With all the eagerness of a medical student who had just started on rotations, I tried to explain that getting the flu shot is one of the most effective methods to protect yourself against the disease. He entertained my spiel, and then informed me that he still was just “too unsure.”

Inmates’ distrust of the medical field is not new– it tracks back in time with medical exploitation peaking in the twentieth century. In 1998, Acres of Skin was published, which documents the dangerous and non-therapeutic experiments conducted between the 1950s and 1970s at the Holmesburg Prison in Philadelphia. Under the direction of Dr. Albert Kligman, many inmates underwent inoculation of vaccinia and wart viruses and were exposed to a variety of dangerous agents from staphylococcus to radioisotopes. Lack of informed consent, perverse incentives, and minimal knowledge of the nature of the study are themes that permeate through all these studies. Today, incarcerated people are grossly underserved and seldom benefit from the medication and therapies that they helped devise.

Reflecting on this experience amidst a pandemic, it is clear that health care professionals have also neglected to adequately concentrate efforts to prevent the spread of COVID-19 in jails and prisons. The pandemic has exacerbated racial health disparities, and these injustices are compounded when you are incarcerated. This past week, California marked its 15th inmate to die from the coronavirus. In one prison in Ohio, 73 percent of inmates tested positive for COVID-19, and many have died since. At the beginning of April of this year, the New York Times broke the story that the Cook County Jail outbreak, with 400 COVID-positive inmates and 200 COVID-positive correctional officers, makes it “the nation’s largest-known source of coronavirus infections.” Many inmates have spent years serving their time, and now it seems they are being sentenced to death.

As social unrest continues to unravel and society looks to right its wrongs, health care must acknowledge it has been complicit in perpetuating racism and exploiting the most vulnerable. Academic institutions: build trusting community partnerships with correctional facilities and shift focus towards the stark need for incarceration health care. Allows medical trainees to work with patients from incarcerated backgrounds and humanize them as individuals worthy of quality care and treatment. Thoughtful and meaningful engagement will deepen compassion for those who feel unseen and unheard and improve health outcomes as they re-enter their communities.

Only 14 percent of residency programs offer lectures on the care of incarcerated persons, and only 22 percent offer clinical experiences in a correctional facility. By rotating more medical trainees into prisons, we can begin to mitigate the access challenge. Only then can we realize that justice is the bridge that gives reconciliation a chance. We owe them that much and more. Esteemed justice advocate Bryan Stevenson has claimed that “the true measure of our character is how we treat the poor, the disfavored, the incarcerated, and the condemned.” It is time that we physicians, too, work, live, and lead with these morals.

Tiana Walker is a medical student. 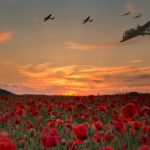 Is COVID-19 contraction risk lower in ER than in routine activities?