When my obstetrician told me I was not going back to my clinic that afternoon due to severe preeclampsia, I was so indoctrinated that my first thought was of the inconvenience to my patients who would need to be rescheduled. Only a few minutes later did it register that I would be giving birth sooner than I had anticipated, and my new life as “working mother” would begin.

I was due to transition out of the military six months after my daughter’s birth, so while I was learning about infant sleep and breastfeeding, the decision of my future career loomed in the future.  My husband took for granted that I would transition seamlessly into a civilian career, possibly working for a hospital or maybe even private practice. However, the experiences I had as a full-time physician with a newborn gave me pause.

My first punishment for daring to take maternity leave was handed out by my clinic manager. When I contacted her a month out from my return date regarding breaks for breast pumping, she was unsure if I was even allowed that time. As such, she had opened my schedule without them. I noticed I was on call more frequently that my colleagues (a similar issue while I was pregnant), and when I asked about it, I was told it was to make it fairer to the other providers.

“So, this is punishment for being on maternity leave then?”

“No! Think of it as other people were being punished for not having children,” she responded. I suppose I was just sitting around eating bonbons and sleeping in.

On top of that was the stress of finding childcare. My husband’s schedule was unpredictable and included long periods of absence. The wait-list for the base Child Development Center was over a year long, and my attempts at finding a suitable childcare facility for my three-month-old were challenging, not to mention incredibly expensive. Thankfully, I was able to have family fly in and take turns watching her until I left the military.

Despite having reliable childcare, I was increasingly anxious about leaving behind my three month old. She was barely out of the “fourth trimester.” While at work, I worried about her health if she was sick, or finding time to pump enough milk for her to eat. While I was ultimately given pumping breaks in my schedule, that time was occasionally lost when unexpected patient care issues arose. As the end of the day got nearer, I watched the clock, frustrated when a patient was late or taking longer than expected – that time meant less time to spend at home with my daughter.

The experiences I had following my return from maternity leave are no different for my civilian counterparts. According to a recent JAMA study, 18% of women respondents experienced discrimination, 35% had trouble finding child care, and 42% had inadequate time to breast pump. Anecdotally I had friends who transitioned to part-time work or even nonclinical, remote work due to the lack of balance. Based on my personal experiences, I ultimately decided I would not return to clinical medicine.

With many women leaving full-time clinical careers behind due to inadequate maternity leave policies and discrimination when they do take maternity leave, something has to change. The U.S. is the only industrialized country without an official maternity leave policy. FMLA only guarantees 12 weeks of unpaid maternity leave, and that is with stipulations in place. I was lucky to get 12 paid weeks through the military. The WHO recommends at least 16 weeks. In places such as Canada, women can get up to 18 months.

It is disappointing that in today’s world, negative attitudes exist regarding a physician mother’s work ethic or need to “make up” for time lost while she was gone. This same mindset does not exist for a physician returning from a period of absence due to an illness, for example. Why should maternity leave, literally time spent helping a small human survive, be considered any differently?

The problem with reducing physician salaries 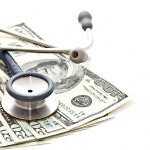 A doctor's poem as an intensivist and obstetric anesthesiologist 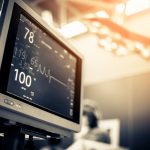 Choosing family over medicine: Why I decided to leave clinical medicine
2 comments