The first time a woman went into the final stage of labor, I watched from a corner of the room. As a third-year medical student, I was on my six-week clinical rotation in obstetrics and gynecology, and it was day one of the two-week portion on the labor and delivery floor. As a loudspeaker announcement projected over the woman’s screams, and nurses and doctors rushed in response, I instinctively clasped my hands behind my back. In this space-minimizing military stance, I shifted my feet, moving in and out of everyone’s way. I did my awkward medical student dance to the beat of the team’s encouragement –“Empuja, Mama!” and “Más fuerte! Más fuerte!” — until the baby’s first howls rang out.

An hour later, when a second woman went into labor, I followed the lead of a helpful nurse and held one of the patient’s legs up in the air. As the doctor, seated at the edge of the bed, counted to 10 for every push, I whispered the numbers along with her and occasionally muttered soccer-field phrases like “Keep going” and “You got this.”

The third time a woman went into labor, I assumed my spot at the side of the bed and counted again — but loudly and clearly– interspersing my count with reassurances in my rusty high-school Spanish. The fourth time, I moved to the foot of the bed and put my hands on the baby’s head. I went through the motions I had been taught and within minutes, placed a crying, pinkening newborn on her mother’s chest.

And after two weeks on labor and delivery, just as I had started to feel the awkwardness fading from my movements and my words, I was whisked away to learn the next routine.

A floor below, in the gynecologic operating room, where I would spend the next two weeks, the rules were completely different. Movements had to be far more precise. Once scrubbed and gloved, I held my hands in front of my body, in the sterile zone above my hips and below my shoulders. Only able to touch surfaces designated by blue towels, gowns, and sheets, I moved as I would in a museum filled with fine sculptures but lacking velvet red ropes.

Still, I messed up. Once, I accidentally grazed the back of my shoulder — a ‘dirty’ surface — against the surgeon’s ‘clean’ front shoulder. Eventually though, even my surgical motions smoothed out. I figured out how to position the patient on the operating table, hold a metal retractor to open up their incision, and adjust the OR lights — all without contaminating myself or others.

Learning the science of medicine was the main goal of my first two years of medical school, but learning its physical practice is the aim of the next two, a phase that started for me a few months ago. As auxiliary members of a clinical team, medical students are expected to figure out how to integrate ourselves without asking too often how to help or even for help. We observe our team members, and then mimic them when we can. If the nurse holds one leg, I can grab the other. If the surgeon shifts her gaze, I can move the light before being asked.

Just as students get settled into one rotation, we jump to the next — moving between fields as different as pediatric neurology and colorectal surgery, focusing on different organ systems, clinical cultures, and even goals of patient care. To me, rotations have felt like starting a completely new job every couple of months, switching departments every week, and getting performance reviews before I’ve even located the nearest water cooler. We rotate quickly through our potential careers, balancing trying to learn all the types of medicine while also trying to impress our various supervisors with our fund of knowledge. At the same time, we’re gauging whether we can envision our own future in a given specialty.

It’s a lot to juggle. Rotations have been demanding: the hours are long, the pace is quick, the learning curve steep. I have felt profoundly out-of-place at least once each week. But rotations have also been incredibly fun. I’m up on my feet, not just learning medicine but doing medicine. Of course, I’m a little awkward: I’m new to the job. But I waited two years to start this, and above all, I’m excited to be here.

A physician who has her name butchered on a daily basis 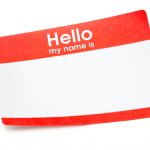 MKSAP: 59-year-old man is evaluated during a routine examination