Timothy Hoff is a professor of management and author of Searching for the Family Doctor: Primary Care on the Brink. Copyright 2022. Published with permission of Johns Hopkins University Press.

There is a fight going on for the soul of not only American health care but health care everywhere. Primary care and family medicine are at the center of this struggle, the essence of which is the unresolved tension between two different goals. One goal is a fair, empathic, and highly relational care delivery system, built around primary care and trusting relationships between doctors and patients. Another goal is a more efficient, convenient, and highly transactional care delivery system, impersonal and built on algorithms, health care corporations, and technology. The former needs family doctors to succeed. The latter probably does not, relying instead on business thinking, scale, cheap labor, and technology.

Make no mistake, this is an escalating war with combatants joining both sides. The COVID-19 pandemic has accelerated it by providing further rationales for minimizing the imperfect equation of using humans in health care delivery and embracing the transition to technological solutions instead. One combatant fighting on the side of relational primary care and the role of doctors, particularly general doctors, is the specialty of family medicine. For over fifty years, it has been selling us the idea that a comprehensive physician who can manage care and who sees all patients as unique, whole individuals has immense value.

One important thing the specialty of family medicine has been effective at doing over five decades is using the image of the comprehensive family doctor to draw in medical students and young physicians. Compared to other medical specialties, it has always had a large number self-select into it who convince themselves that family practice is the right way to be a physician, and a great career choice for helping society.

These true believers have given family practice hope. They have been the frontline foot soldiers seeking to spread the comprehensive doctor mantra. Many have owned practices. Many have stayed in the same community seeing the same patients for years. They face challenges now. Their army has been battered and whittled down in numbers as the surrounding health care system grows hostile to their interests. The job of a family medicine true believer is getting harder. Yet, as these true believers go, so goes the specialty’s vision of itself as something truly unique in medicine.

Orrin is a family medicine true believer. He has been one throughout this decades-long career. He’s worn out from the hard work of trying to remain co-owner of a small, independent practice not yet swallowed up by one of the larger hospital-based corporations looming in his geographic area; worn out from trying to meet all the demands of insurance companies, the government, and his patients; worn out from trying to make ends meet in a reimbursement world where seeing more patients quicker determines how much one can get paid as a family doctor.

He comes across as a bit scared of the future, and quietly upset about how the existing health care system has gone out of its way to take out small guys like him. He is a true believer because he has stayed put in one community for over three decades. He has had the same patients for years, is friends with many of those patients, and has done a lot of varied and complex work.

Owen is Orrin’s son, and he has followed in his father’s footsteps. He is a new partner in his father’s practice. Being a partner means he has had to invest money and take a salary cut as he builds his own panel of patients. He is in his early thirties, only a few years removed from his residency. Owen was immersed in the small-town physician experience growing up and watching his dad. He is a younger true believer, and that carries with it unique burdens compared to his father.

He is taking personal, financial, and professional risks most other family doctors his age choose not to take, risks most family doctors of any age seem not to be taking anymore. He owes a couple hundred thousand dollars for his medical training. In other words, a mortgage for a house he does not have. He is only a few years removed from residency. He earns $120,000 a year, well below the mean salary for a family doctor, because right now he only “eats what he kills” as a newly minted practice partner. He has experienced a highly concentrated dose of the things his father has increasingly dealt with in his work—the struggle and uphill battle to be a comprehensive family physician in a small independently owned practice.

There are other family doctors I spoke with that, while not business owners, are still trying to be true believers and comprehensive physicians while working for someone else. It is also not easy for them. Most family doctors now work as employees. More are joining the employee ranks each day—narrowing their scope of work, reducing their autonomy, adopting a nine-to-five mentality, and avoiding long-term relationships with patients. It moves them further away from the generalist physician definition.

Overall, the health system in the United States is still not tilting its axes in favor of either primary care or family doctor. What is worse, family doctors as a collective are more balkanized and less cohesive than ever. There is a sense among those in the field that something is not right about the specialty. Some feel there is a bait-and-switch aspect to becoming a family doctor. It ends up being something much different than what they were initially told. Others feel it is an impossible job to do well. The ask is too big for them. Still others believe sincerely in the ideal definition of the role, that of the generalist or comprehensive doctor, but find themselves working too hard or sacrificing too much to get it done. They find other niche-oriented ways to convince themselves they are doing “true” family medicine work. Family doctors everywhere are searching out more sustainable career paths for themselves, leading to so much career variety that the very label family doctor starts losing its preferred connotation.

Timothy Hoff is a professor of management and author of Searching for the Family Doctor: Primary Care on the Brink.

Please stop giving awards specifically to women in the workplace 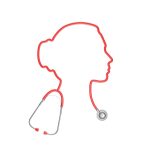