An article in the New York Times touting medicine as a family-friendly profession has stirred up critics who say it denies the reality of career sacrifice and gaps in leadership and pay that female physicians face.

Writer Claire Cain Miller profiled female doctors whose specialties afford them flexible work hours that make it easier to balance their professional and caregiving responsibilities. Britni Hebert, MD, was a chief resident and on track for a career in the competitive field of oncology when she learned she was having twins, so she switched to internal medicine and geriatrics, which didn’t involve “80-hour workweeks.” Sara Gonzalez, MD, likes the regular shifts of her career as a hospitalist so she can take care of her daughter, and radiologist Julia Dry Knarreborg, MD, works from her home in Edmond, Oklahoma reading scans from patients in several states, making her own schedule so she can tend her kids’ needs.

Miller wrote that “medicine has changed in ways that offer doctors and other healthcare workers the option of more control over their hours … while still practicing at the top of their training and being paid proportionately.” She cites research showing female doctors make 67% of the salaries of their male colleagues, but after factoring in their hours, specialties, and experience, that gap “shrinks” to 82%.

On Twitter, critics questioned whether these women were indeed able to practice to their full potential and be paid fairly.

They pointed out that the women profiled had to make trade-offs that their male counterparts never had to consider. Hebert, for instance, acknowledged that she effectively halved her lifetime earnings by switching specialties, and the story made no mention of how their different paths would affect their chances of attaining leadership positions and future pay increases.

Missing from the story was the voice of women who don’t want to compromise their careers and still have a family, they said.

Arghavan Salles, MD, PhD, of Washington University in St. Louis — and a founder of Time’s Up Healthcare — said the “cheery picture of work for women in medicine” painted by the story was “very frustrating.”

“Compared to other workers, we are lucky to have options,” Salles wrote on Twitter. “But if the only way to have a family is to choose to be underemployed, that doesn’t really sound ‘family-friendly’ to me.”

“Become highly trained (at enormous debt) at a job that is in never-ending demand and you, too, can buy your flexibility by being underpaid and working below your expertise in order to have it all,” scoffed Dara Kass, MD, of Columbia University.

Erin O’Brien, MD, of the Mayo Clinic, called the story “gaslighting,” satirizing its underlying message: “Look at these women who are happy to be working below their level of training! They have a choice! Isn’t Medicine (the system) doing a great thing by letting them work less? They don’t have to worry about leadership or promotion!”

The article notes that these pockets of family-friendliness haven’t come from deliberate efforts to support women in the workplace. Rather, economic trends were the cause. For instance, more doctors work for larger group practices that afford more regular hours thanks to coverage from other colleagues. And the “shift work” provided by hospitalist jobs allows for guaranteed hours with the help of electronic medical records that supposedly allow for easier transitions of care, diminishing the need for being “on-call” over irregular hours.

Legitimately making medicine more family-friendly — allowing women to have a family without compromising their careers — wouldn’t be an easy task, but one place to start would be with creating a standard parental leave policy for medical residents, said Miriam Knoll, MD, of Hackensack University Medical Center.

Knoll called on the Accreditation Council for Graduate Medical Education to establish such a policy, as schools currently don’t have to grant maternity or paternity leave during residency, which comes during the prime reproductive years.

“The goal should be for us to not have to compromise our careers if we really are aiming for equity,” Salles said. 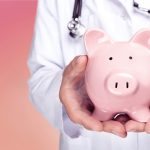