It was a beautiful day in southern California as I made my way along Interstate 5 en route to San Diego from Los Angeles. Seeking a venue near the ocean to get some work done on my computer and maybe a snack with my iced tea, I turned off the interstate in search of a restaurant I had heard about with a good local reputation and well-reviewed food.

Shortly after sitting down at the bar, I was greeted by a pleasant bartender, Lisamarie, whose face lit up as she noticed my St. Louis Cardinals T-shirt. As a fellow Midwest native and Cardinals fan, we immediately hit it off. Shortly after unpacking my laptop and ordering my food, it occurred to me that this bartender is a consummate professional at her trade.

Lisamarie met every guest with a welcoming smile, her knowledge of the menu was impeccable, and her technical skills were clearly refined. As one guest requested a cocktail, she described its pluses and minuses while offering alternatives. A server approached seeking a cosmo for a table, and she executed it flawlessly and quickly while conversing with bar patrons. She made eye contact when talking to customers. Her devotion to the craft was unquestionable.

Meeting Lisamarie made me think about my own experience with patient encounters, both those as a patient and those as a provider. I thought to myself, when has my doctor ever offered other medications apart from the one prescribed? Do I remember a time when my doctor tried to relate to me personally before asking why I came in? How often does the doctor describe the side effects of the therapy? How often has a provider made me feel welcome at the onset of the encounter? After all, the typical patient in a doctor’s office is far more likely to be nervous and uneasy than in the above scenario, yet the answer to the above questions in my experience is rarely, if ever. As for eye contact, physicians often seem preoccupied with filling out forms when talking to patients rather than listening. The system we work in requires so much paperwork and documentation to justify reimbursement that our interpersonal skills are diminishing.

As commoditization takes over medicine and our encounters become shorter, we struggle to have enough time to understand our patients well enough to their address their maladies. Lost in medical education is that “hospital” and “hospitality” come from the same Latin root. In the case of the hospitality industry, we know that people pay for experiences, not food or products. People remember how you make them feel. They don’t care how much you know unless they know how much you care. While I don’t have any cocktails to sell to patients (much to their chagrin in some cases), I owe it to them to try to bring hospitality into the hospital as much as I can.

Business began to pick up at the bar, and the bartenders and servers responded without missing a beat, still greeting everyone with smiles despite elevated stress levels, even the local surfers who were clearly regular patrons. Having visited over 200 sports bars in my travels throughout the U.S. in the past few years, it is rare to see a trade executed with the level of excellence I witnessed in southern California that day. In the case of the service industry, these individuals don’t get paid if they don’t treat their customers well. In medicine, we regularly bill for goods and services that don’t serve patients in the long run because we have allowed our system to become mired in bureaucracy and over-utilization of diagnostic testing when sitting and listening is often a more cost-effective and valuable strategy. “Fee for service” billing isn’t about service anymore at all.

As to stressful work environments and growing workloads, some of the best young doctors I have worked with are former service industry employees who manage growing patient loads with grace having been honed by prior work experience. While we may see many patients in a day, most patient experiences are unique and important encounters for each of them. Everyone in the service industry knows that you only have one chance to make a positive first impression.

After four years of medical school and seven years of additional residency and fellowship training, it occurs to me that I still have more to learn — not from textbooks or veteran physicians, but from a bartender who is magnificent at her job despite her youthful appearance. After a pesto chicken flatbread, two cocktails, several glasses of water, and enough time to be able to navigate I-5 safely, I left with a handshake and well wishes. The funny thing about my visit is that I don’t even drink, but I guess some bartenders are impossible to say no to. Maybe I can hire Lisamarie to talk to my patient the next time I need to do a spinal tap.

The 9 types of manipulative patients 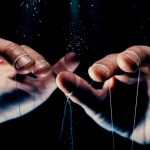 PTSD changed how this physician cared for pregnant women 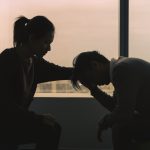