I was still a resident in May 2013. My new long-distance girlfriend gave me directions to take the train from the airport to the opposite side of her massive metroplex. As is likely common for a hayseed like me, I got lost finding the correct rail station and instead walked through the city’s large academic medical center by accident. With luggage in tow, I walked past a 900-bed county hospital under construction, a 12-floor children’s hospital, and one of the largest medical schools in the country. Having attended medical school in a neighboring state, I knew of this place by reputation only, but I wanted to see myself working there someday, given my partner’s preference to live there.

Though the relationship with said girlfriend ultimately ended on a sad day in June 2014 as I boarded a plane to take my board certification exam, I had planned to return there for a fellowship, and I brought a new girlfriend with me who also decided to take a crack at exploring big city life in 2015. My teachers quickly became my friends, and after an additional fellowship from 2016 to 2017, I was able to secure my first job there as an attending physician. The theory holds that the salary, people, and location determine the fit, and since the people are the biggest unknown in most cases, I had already solved that issue. It was a no-brainer even despite under-market compensation at the time.

With a prior graduate degree and a penchant for publishing, academic medicine was a logical choice for my first job. There was enough unexplored data available in this city to fill a 30-year career, the department seemed to focus on an academic mission, and there was no competition for academic credit in my division. Furthermore, the job would allow me to obtain student loan relief under the Public Service Loan Forgiveness (PSLF) program. After three years, my curriculum vitae exceeded 20 pages. The residents were a delight to work with, and I am honored to have been given a teaching award in my second year. All seemed wonderful.

While this may read somewhat of a humblebrag, the tale here is a cautionary one. When you start saying yes to extracurricular work, particularly work that requires labor after hours or affects time spent on patient care, you become the first doctor people come to when anything extra is needed. Before long, you are in extra meetings, rushing your patient-centered work for service commitments multiple times a day, responding to 100 emails a week, and taking on the lion’s share of writing responsibilities for publications. Burnout is a very real phenomenon, and inside a large academic institution, political factors and experience are far more important than academic productivity or even national reputation when it comes to promotion. A doctor who argues with a more experienced doctor feeling it to be in the patient’s best interest can easily be blocked from promotion for political reasons. Furthermore, many institutions routinely expect faculty to work well beyond their compensated hours at an already discounted wage to serve the local powers and appease outdated academic standards in an era in which innovation and new knowledge materializes far more quickly than the antiquated literature system that has become over-run by predatory pay-for-publication journals.

Senior academic faculty have figured this out, often asking for more protected nonclinical time as they advance in their careers, giving them an effective pathway to recovering full salaries with less clinical liability and greater schedule flexibility as they asymptotically approach retirement. This neutralizes wage growth among newer hires while transferring more clinical work to the more junior faculty who must make up the deficit in revenue. Leaders may promise more nonclinical after-hours labor from their constituents regardless of whether there is buy-in in hope that this will appease those higher on the totem pole. This makes the jobs of the constituents harder and promotes burnout and turnover. In my specialty, there is a significant loss of talent in academic jobs in the first five years, and I argue that this is driven more by inequitable treatment among faculty than lower salaries.

This year, it came to pass that the entire balance on every student loan I’ve ever received since the 1990s was granted tax-free forgiveness by the PSLF. I resigned in concert, much to the shock of my friends outside of my institution but expected by my close local colleagues. A group of hospital staff gave me a signed baseball bat as a going-away gift (they know me so well), but my departure wasn’t even so much as mentioned at a faculty meeting on my last day. It’s obvious that my contributions were not appreciated, even after 100 publications in 4 years.

As it happens, my constant attention to my work made me an unfavorable life companion for either of the two lovely ladies mentioned above. While I once revered the hallway portraits of Nobel laureates and traditional medical lore, the academic setting has instead become a reminder of my personal failures and inability to balance work and life. To say that an excess commitment to work has diminishing returns is an understatement; it is detrimental to one’s health, especially when your hard work is essentially ignored by management.

When people express sorrow that it didn’t work out, I counter that it worked out great for both parties. I had a huge loan balance forgiven, and my department got 10 percent of its publications from a single doctor in two of the years I worked there. It merely ran its course, and it truly was fun being able to work with my friends every day. I will take these memories and friendships with me to my next adventure, wherever it is.

How telemedicine ruined a physician's career 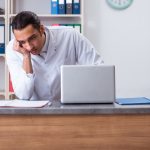 The U.S. doesn’t have enough faculty to train the next generation of nurses 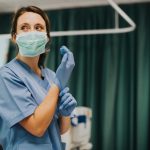