According to several very old studies, interventional patient-centered bipedal locomotion (sometimes informally referred to as walking) might be an important part of good hospital care. Programs focusing on this treatment are reportedly under consideration by administrators at some facilities.

“As we look to streamline interoperability and optimize outcomes metrics, we’re thinking about anything that we could attach a number to,” says Larry Perry, Chief Medical Information Strategy Officer of Georgia Amalgamated Hospital. “If it’s something we can track using spreadsheets, then it can be harnessed to transform our digital identity as we adjust to this new normal.”

Not all share Perry’s optimism regarding ease of implementation. “The trouble,” according to Minnesota Conglomerated Memorial’s Freddy File, “is we’ve already invested all kinds of resources into info systems and analytics, and everyone already knows about the therapeutic benefit of interventional patient-centered bipedal locomotion initiatives.”

Also concerning to administrators is the fact that walking patients costs nearly nothing and may obviate the need for other expensive treatments. “Look, Lovenox [a medicine used to prevent dangerous blood clots while patients are immobilized during hospitalization] is not cheap, and if we disrupt our whole supply chain by using fewer injectables produced by our drug-manufacturing partners, how will those companies’ stakeholders feel?”

Another concern is that walking programs are insufficiently novel. “Lots of hospitals are already doing it,” remarks File. “Where’s the innovation in that? How can we become leaders in the value-based purchasing space by copying everybody else?” File declined to comment on a follow-up question regarding the appraisal of evidence-based care standards.

Clinical people, who asked to remain anonymous, share a different perspective: “It makes no sense that hospitals won’t give us enough staff to just walk patients,” and “There’s way too much focus on charting and orders and tests.” Others describe a shift in priority away from patients’ best interests: “If it seems like if it doesn’t bring in money, then it’s not important.”

Public tax filings show that Larry Perry and Freddy File received bonuses in excess of five million dollars each for performance during fiscal 2019.

John Corsino is a physical therapist and can be reached on Twitter @Mvmnt_is_med.

What is the wound behind anti-mask bullying?

5 things medical professionals can do to take climate action 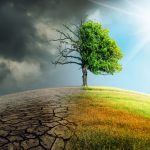